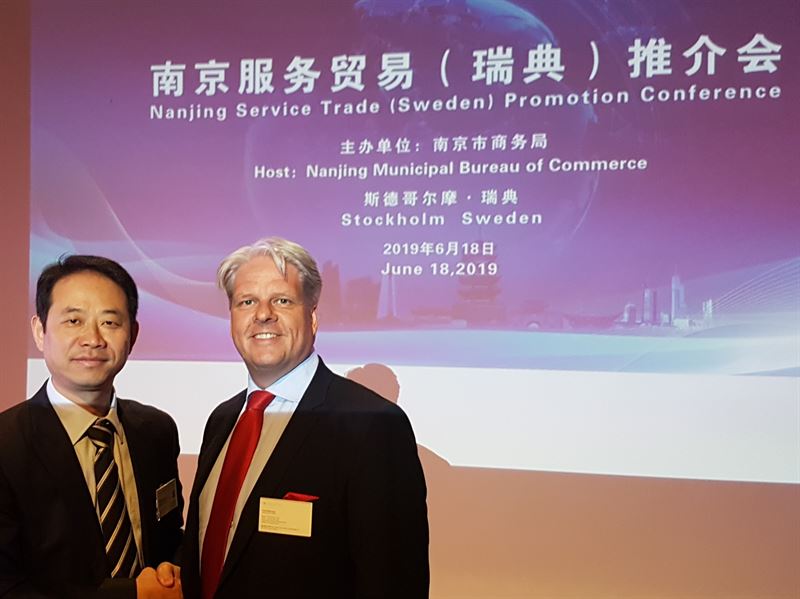 During the month of June we have continued our development and documentation work. We participated at the Nanjing Service Trade Promotion Conference in Stockholm, a potential distributor visited our office and we held an extraordinary general meeting.

We participated in the Nanjing Service Trade Promotion Conference in Stockholm which was hosted by Nanjing Municipal Bureau of Commerce together with representatives in Sweden.

A potential distributor from South Korea visited our office in Lund. We have met before, but it was the first time that we had the opportunity to meet at our office. Hopefully, we will have good reason to present further information about them during next year.

Biovation Sciences, the largest shareholder of QuickCool, had requested for an EGM for electing new board of directors. The extraordinary general meeting was held in Lund. At the EGM, 2 822 288 shares were represented, which constituted 44.29% of the share capital.

The EGM elected Göran Brorsson, Lennart Sjölund, Patrick Marché, Balázs Tüske, Afnan M. Al Khalifa and Victor Humberdot as members of the board. Göran Brorsson was elected chairman of the board. Lennart is one of the founders and has been active since the beginning. Lennart and Göran contribute with continuity and the four new board members contribute with their extensive international experience, international networks and well-documented experience within the financial world and private banking.

Follow us on LinkedIn. Additional information about QuickCool and our solution may be found on our homepage: http://www.quickcool.se/en/home.html

Wishing you a nice summer holiday!

QuickCool is a Swedish medical technology company, whose business concept is to save lives and prevent brain damage in acute ischemia (Inadequate blood supply to the brain) by developing and providing a unique and globally patented cooling system, the QuickCool® SYSTEM. QuickCool is active in the fast-growing market, Targeted Temperature Management (TTM), for brain-protective cooling treatment of patients with e.g. acute cardiac arrest and stroke. QuickCool’s solution protects the brain by cooling in the nasal cavity and thus takes advantage of the innate heat exchanger in the nose. QuickCool’s Intranasal method offers gentle and uninterrupted cooling treatment for sedated patients. QuickCool is listed on Spotlight Stock Market and conducts its business at Ideon Science Park in Lund. For more Information, please refer to www.quickcool.se