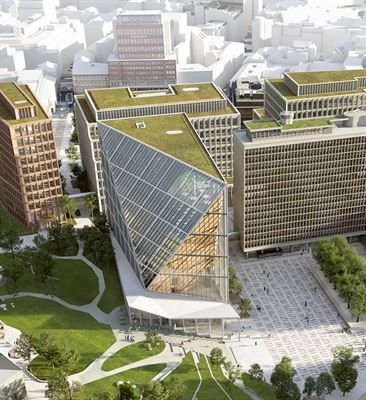 The construction company HENT, 73% of which is owned by Ratos, has signed an agreement with the Norwegian government’s building commissioner, property manager and developer Statsbygg concerning the construction of A-block, part of the new government district in Oslo. HENT already has an agreement in place for D-block.

Construction of the new government district in Oslo started in January of this year, and construction of A-block is scheduled to commence in 2023. It is a major project for HENT and, like D-block, will be carried out as a so-called partnering contract.

“I am very proud that HENT has once again been entrusted to contribute to such a central part of Norway’s infrastructure as the government district. It is also gratifying to see that HENT’s focus on partnering is yielding results and, so far, A-block and D-block are the crowning jewels for HENT in Norway when it comes to this type of collaborative project,” says Christian Johansson Gebauer, Chairman of the Board of HENT and Head of Business Area at Ratos.

The building will cover a total of 17,300 square metres across 11 storeys, featuring a distinct exterior that will provide a sense of cohesion with the entire district. The new government district in Oslo is expected to be fully completed in 2029.

“In addition to being an important project in its own right, this project will continue to strengthen HENT’s backlog of orders, where public-sector customers are playing an increasingly important role,” Christian Johansson Gebauer continues.

About Ratos:
Ratos is a business group consisting of 12 companies divided into three business areas: Construction & Services, Consumer and Industry. In total 2020, the companies have approximately SEK 34 billion in sales. Our business concept is to develop companies headquartered in the Nordics that are or can become market leaders. We enable independent companies to excel by being part of something larger. People, leadership, culture and values are key focus areas for Ratos. Everything we do is based on Ratos’s core values: Simplicity, Speed in Execution and It’s All About People. 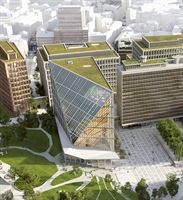