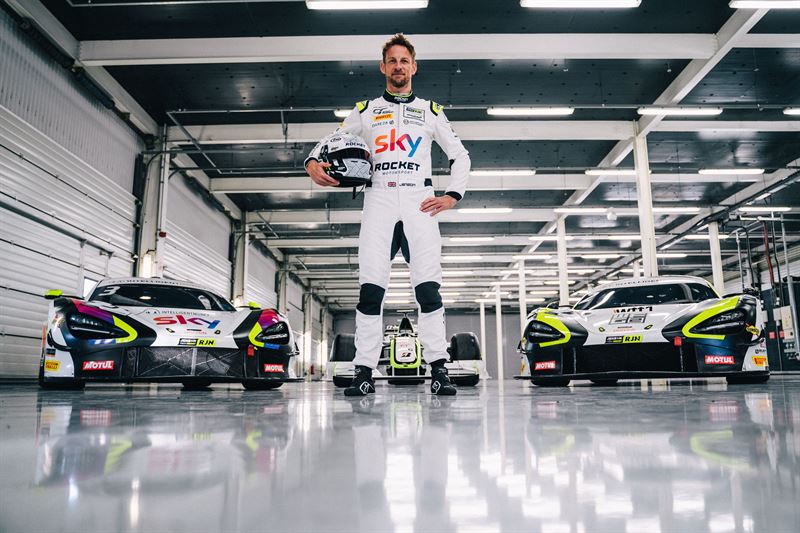 Readly, the European leader in digital magazines and newspapers, has teamed up with Motor Sport magazine and British racing driver, Jenson Button, to launch an exclusive collection of his Motor Sport highlights from throughout the last 100 years. From today, Readly subscribers can access the Formula 1 World Champions capsule collection on the app.  The ‘Jenson Button Motor Sport collection’ for Readly consists of six historic issues featuring moments from his career as a successful racing driver, as well as events that inspired him to get into the sport in the first place.

This marks the launch of Readly´s new series ‘Readly Retros’ which sees the magazine app re-publishing iconic Motor Sport retro issues on a weekly basis throughout the year, from the very first issue up until today.

The magazine is the longest-running motor racing publication in the world - and one of the best-known. From the first issue in 1924, which celebrated record-breaking motor cycle racing at Brooklands, to Formula 1 as we know it today, the magazine has paved the way for motorsport journalism in the UK and beyond.

“Motor Sport magazine is the world’s leading independent voice of motor racing. Building on a 96-year history, covering all aspects of the sport in print, Motor Sport now projects its distinctive voice across all its digital channels sustaining and engaging a growing community of racing fans across the world.  As a small independent publisher we have always pushed ourselves to try and be a digital leader within our sector, and this is reflected in our award winning website, e-shop and app. We also offer our readers the opportunity to attend live and virtual events and listen to podcasts with some of motor racing legends.

We are utilising our fully digitised archive to further grow our digital footprint by teaming up with Readly, and to be the launch partner for Readly Retros. This is the start of an exciting digital growth plan for us at Motor Sport.” says Zamir Walimohamed, Head of Digital at Motor Sport magazine.

Readly Retros is a brand new series within the Readly app with the ambition to make nostalgic content and issues from the past available again. Today, as many as 20 percent of Readly users read back issues and there is an increasing demand to go back in time and read historical content.

“Launching Readly Retros is a milestone for us. I personally love to go back and revisit old magazines for inspiration, information and nostalgic moments. And I´m not alone, almost a fifth of our users read back issues today and I know our new Retro selection will be a welcomed addition for many. For publishers it's a great way to re-activate already available content and drive current and new readers to their magazines in the app. We want to welcome more publishers to join the Readly Retros series, says Chris Couchman, Head of Content at Readly.

Motorsport is an increasingly popular category. According to industry analytics company Nielsen Sports, F1 will have one billion fans in 2022 as the interest for motorsport increases, driven by Netflix’s ‘Drive to Survive’ and official Formula 1 Esport events. Reading about motorsport has increased too; from January to May this year, the readership on Readly increased by 23 percent within the Cars & Motoring category compared to the same period last year. The category is largely male dominated where 62% are between 40-70 years old.

Besides Motor Sport magazine, the top ten most read magazines within Car & Motoring on Readly are:

The Jenson Button magazine collection will be available on the Readly app from June 22nd.

During 2020 over 140,000 issues of magazines were distributed and read 99 million times on the Readly digital magazine app.

Readly is a digital subscription service that lets customers have unlimited access to nearly 5,000 national and international magazine titles - all in one app. Founded by Joel Wikell in Sweden in 2012, Readly is today one of the leading companies in digital magazine subscriptions in Europe with users in 50 markets. In collaboration with around 900 publishers worldwide, Readly is digitizing the magazine industry. Our purpose is to bring the magic of magazines into the future, enabling the discovery and survival of quality content. During 2020 Readly distributed more than 140,000 issues of magazines that have been read 99 million times.