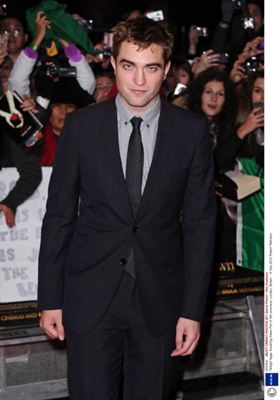 BREAKING DAWN 2, the final film in the smash hit vampire franchise TWILIGHT series premiered last night in London against a world backdrop of busy promotion by leading stars and unprecedented fan mania. The European premiere was held at the Odeon in Leicester Square at 7:15pm and the film will open in cinemas for UK and US audiences on the 16th November. Producer Rebecca Wang, from Rebecca Wang Entertainment said "The film was captivating and impressive, an interesting finale for the series".

The Twilight cast members, including on and off- screen couple Kristen Stewart and Robert Pattison attracted attention from the screaming fans that had been waiting to get a glimpse of their idols for hours prior to the premiere. Beautiful Stewart turned heads in a black lace jumpsuit, while her co-stars Pattison and Taylor Lautner both looked impeccable in black and navy suits.

Promotion for the film has been running for the past few weeks, with stars separately attending events across the globe. Robert Pattinson kicked off the promotional tour in Sydney on October 22nd, whilst Kristen Stewart travelled to Japan and Taylor Lautner greeted fans in Brazil. Nikki Reed and Kellan Lutz took photo calls in Glasgow and in the West End of London.

Prior to the world premiere in Los Angeles, over 2000 fans registered to camp outside Nokia Plaza and Summit Entertainment, the studios behind the films, installing themselves in below average Californian weather up to five days before the screening. A Twilight mini-festival hosted by Summit for the fans ran over the four days running up to the premiere and included a marathon screening of the four other films, surprise appearances from cast members, and a Twilight themed workout. The Italian premiere was held in Rome at the Italian film festival during 9th - 17th November.

The film marks the end of the series taken from the Twilight books by Stephanie Myers, which have been a publishing sensation in their own right, and have drawn teenagers across the world to read and follow the adventures and trials of Edward, Bella and Jacob.