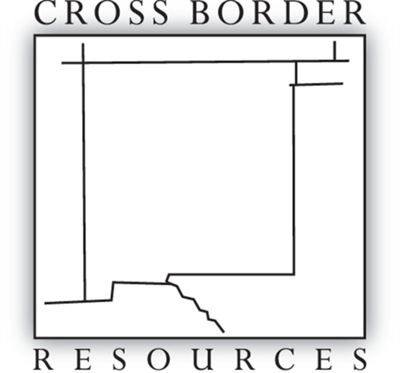 DALLAS, TX -- Cross Border Resources, Inc. (XBOR.OB) (the “Company” or "Cross Border"), a Dallas-based oil and gas exploration and production company, recently filed its financial results for the quarter ended September 30, 2012. Additionally, the Company today is providing an update on its current operations.

“We are excited with the results of the quarter ended September 30, 2012, and continue to see year over year growth. The decrease in production of approximately 11 BOEPD in the 2012 Quarter versus the quarter ended June 30, 2012, was due to the Tom Tom/Tomahawk field being offline beginning in mid-August for the repair of three saltwater disposal wells, sale of the Wolfberry assets to Big Star Oil & Gas, Inc., and the natural decline of the existing wells. The Tom Tom/Tomahawk field is back online and new wells are beginning to come online. We believe the reinvestment of the Wolfberry sale proceeds, the restart of the Tom Tom/Tomahawk field, and continued development will improve production going forward,” said Alan Barksdale, Chairman of Cross Border’s Board of Directors.

The entire Quarterly Report on Form 10-Q reporting the Company’s financial results can be found at www.sec.gov.

Recently, Cross Border submitted a remediation plan to the Bureau of Land Management to resolve the agency’s concerns related to prior operator neglect in the Tom Tom/Tomahawk area, where the Company sees significant production potential. Cross Border expects to commence workovers and recompletions on existing wells while executing the remediation plan.

Cross Border owns approximately 6,200 net acres in the Tom Tom/Tomahawk area, which is not fully developed on 40 acre spacing. The Company is working towards improving production and increasing proved reserves by recompleting existing wells, continuing development drilling on 40 acre spacing, and downspacing to 20 acre spacing.

In addition to the Tom Tom/Tomahawk area, activity is taking place at the north end of the Turkey Track field and the east end of the Lusk field in the 2ndBone Spring formation with infill development wells being drilled in both areas. The Company could see an additional 450 BOEPD initial net production increase from its ongoing activity if completion and flowback are successful.

“We are continuing to focus on the areas that allow us to increase production and grow reserves,” Barksdale added. “We expect positive results on the existing wells that are in various stages of development and will continue to reinvest our cash flow with a balanced approach. While current production and cash flow are important, we are maintaining a strategy to deliver development inventory which lessens our reliance on other operators. ”

Actual results may differ materially from those currently anticipated due to a number of factors beyond the reasonable control of the Company. It is important to note that actual outcomes and the Company's actual results could differ materially from those in such forward-looking statements. Factors that could cause actual results to differ materially include misinterpretation of data, inaccurate estimates of oil and natural gas reserves, the uncertainty of the requirements demanded by environmental agencies, the Company's ability to raise financing for operations, breach by parties with whom the Company has contracted, inability to maintain qualified employees or consultants because of compensation or other issues, competition for equipment, inability to obtain drilling permits, potential delays or obstacles in drilling operations and interpreting data, the likelihood that no commercial quantities of oil or gas are found or recoverable, and our ability to participate in the exploration of, and successful completion of development programs on all aforementioned prospects and leases. Additional information risks for the Company can be found in the Company's filings with the U.S. Securities and Exchange Commission.

Red Mountain Resources, Inc. is a growth-oriented, energy company engaged in the acquisition, development and exploration of oil and natural gas properties. The company's operations are focused in the Permian Basin of West Texas ans Southeast New Mexico and the onshore Gulf Coast of Texas. RMR combines an experienced management and consulting team with a fully-integrated strategy for growth and development. 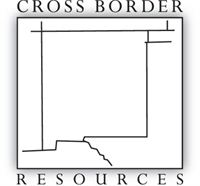