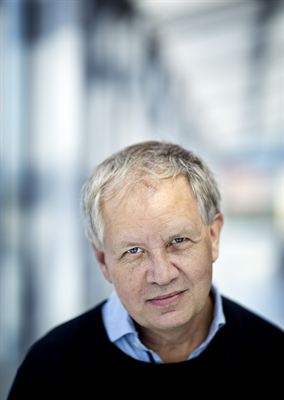 Many have recently questioned the efficacy of the most common antidepressant medications, the selective serotonin reuptake inhibitors (SSRIs). The conclusion that these drugs are ineffective is however partly based on a misinterpretation of the outcome of the clinical trials once conducted to demonstrate their efficacy. This was the finding of a study conducted by researchers at the Sahlgrenska Academy in Sweden.

In recent years, many observers have argued that the most commonly used antidepressant medications, the selective serotonin reuptake inhibitors (SSRIs), are ineffective. This criticism has caused authorities in many countries to become increasingly cautious in recommending these medications.

One reason for the questioning of the SSRIs has been that many of the clinical trials conducted by the pharmaceutical companies years ago to prove their efficacy failed: critics have thus pointed out that less than half of the studies demonstrated a statistically significant difference between the tested SSRI and placebo.

In order to shed further light on this controversial issue, researchers at the Sahlgrenska Academy have now analyzed the data from all major company-sponsored placebo-controlled studies addressing the effect of any of three SSRIs – citalopram, sertraline and paroxetine – for major depression in adults. The analyses have been conducted by Ph.D. student Fredrik Hieronymus and others in a research team led by pharmacologist Elias Eriksson.

“In order to measure the antidepressant effect, the pharmaceutical companies have unwisely assessed the reduction in the sum score for a large number of symptoms listed on a rating scale. However, the sensitivity of this instrument is markedly marred by the fact that many of these symptoms occur also in subjects without depression, while others are absent also in many depressed patients. For this and other reasons, the usefulness of this rating scale, which was constructed already during the 1950s, has since long been questioned.”

“We investigated what happens if one instead analyzes the effect of the treatment on the key item of the scale – depressed mood.”

According to Elias Eriksson, the results are noteworthy:

“Our conclusion is that the questioning of the antidepressant efficacy of SSRIs is to a large extent based on an unfortunate misinterpretation of the available data. The truth is that the scientific support for these drugs exerting an antidepressant impact is very robust across studies”, comments Elias Eriksson.

The article “Consistent superiority of selective serotonin reuptake inhibitors over placebo in reducing depressed mood in patients with major depression” was published online in the scientific journal Molecular Psychiatry on April, 28.