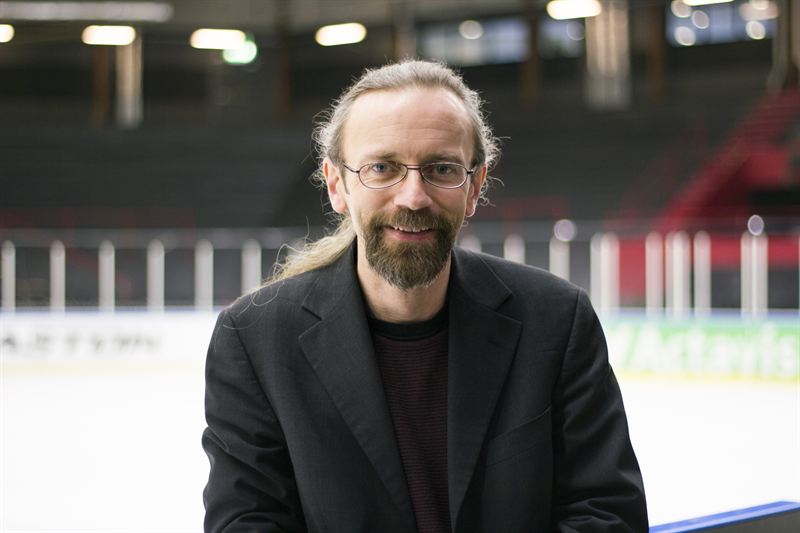 Researchers at Sahlgrenska Academy in Sweden, who surveyed all of the players in the Swedish Hockey League, have developed a method that can show just an hour after the injury how severe the concussion is, if there is a risk of long-term symptoms and about when the player can return to the game.

High resolution photos and film material to download below, free to publish.

Between September and December of the 2012/2013 season alone, 35 of 288 players in the Swedish Hockey League (SHL) had had a concussion - in three cases, it was so severe that the player was knocked unconscious.

These were the findings of researchers at Sahlgrenska Academy at the University of Gothenburg, who monitored and examined all of the players in the Sweden's top hockey league in cooperation with Luleå University of Technology.

The goal of the study was to find safer methods of diagnosing sports-related brain injuries, and to obtain a better basis for decisions about when the player can return to the game.

In the study, the players who had a concussion were asked to provide repeated blood samples, directly after the concussion and during the ensuing days. The results were compared with the pre-season samples from two full teams. This way, Professor Henrik Zetterberg and his colleagues could show that a special nerve cell protein, called tau, at elevated levels in the blood is a marker of concussion.

By measuring the tau levels in a regular blood test, the researchers could say how severe the concussion was just one hour after the injury, and with a high level of certainty could predict which players would have long-term symptoms and thereby needed to rest longer.

"In ice hockey and other contact sports, repeated concussions are common, where the brain has not finished healing after the first blow. This kind of injury is particularly dangerous, but there have not been any methods for monitoring how a concussion in an athlete heals," says Henrik Zetterberg.

Henrik Zetterberg is among the world's leading brain researchers and has conducted research on concussions in sports for many years and in numerous studies. According to Zetterberg, the new findings are not only relevant to ice hockey, but to all sports where there is a risk of head injuries.

"In contact sports like ice hockey, boxing and American football, concussions are a growing international problem. The stakes for the individual athlete are high, and the list of players forced to quit with life-long injury is getting ever longer," says Henrik Zetterberg.

"We hope that this method will be developed into a clinical tool for club physicians and others in sports medicine, and is used as a basis for the decision on how long the player should rest after a blow to the head," says Henrik Zetterberg. “It could even be used in general in emergency medical care to diagnose brain damage from concussions regardless of how they happened.”

The study was conducted in cooperation with researchers at the Luleå University of Technology, Sahlgrenska University Hospital and the US biotech firm Quanterix Corporation.

Yelverton Tegner, a researcher at Luleå University of Technology and also physician for the Swedish national women's football team, is positive:

“Our goal is to have a working kit that can be used for diagnostics in hospitals, and perhaps also at rink side in stadiums immediately when someone got a concussion”.

The article Blood biomarkers for brain injury in concussed professional ice hockey players is being published in JAMA Neurology on 13 March.

Link to the journal: http://archneur.jamanetwork.com/journal.aspx

Contact:
Henrik Zetterberg, Professor at the Institution for Neuroscience and Physiology, the Sahlgrenska Academy
+46 (0)768-67 26 47
henrik.zetterberg@gu.se

Pashtun Shahim, Doctoral Candidate at the Institution for Neuroscience and Physiology, the Sahlgrenska Academy
+46 (0)762-70 45 84
pashtun.shahim@neuro.gu.se