Football players suffer more injuries when their team is ahead 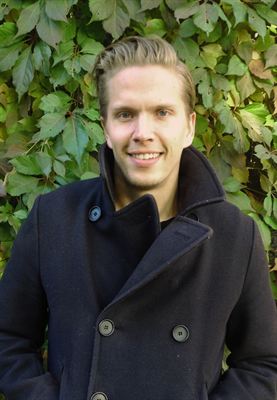 Male football players are at a greater risk of injury five minutes after a card has been given or after a goal has been scored. The frequency of player injuries also increases when their own team is in the lead. These are the findings of Swedish researchers that, in collaboration with Fifa, have analysed injuries over the last three World Cup tournaments for men.

Football players do not just injure themselves whenever and however. On the contrary, injury frequency follows a clear pattern that is dependent on how various events in the course of a match affect players’ emotional and physical states.

This is borne out by three new studies conducted at Sahlgrenska Academy with the support of the international football association, FIFA.

The studies, which are based on injury statistics from the 2002, 2006 and 2010 World Cup tournaments, and which were published in the British Journal of Sports Medicine, show that:

“This may be due in part to the fact that a losing team starts to play more aggressively,” says Jaakko Ryynänen, a PhD student at the Sahlgrenska Academy who contributed to the study.

“One possible cause is that the results of any one match are very important in international tournaments. This may accentuate the role of the strikers, leading to increased pressure on them,” says Jaakko Ryynänen.

“One theory is that players lose their concentration following disruptive breaks in play, which then increases the risk of injury,” says Jaakko Ryynänen.

A surprising finding is that the number of injuries per World Cup match increases if there is a longer break between matches.

“It sounds contradictory that the risk of injury increases with longer recovery times, but our theory is that this may be due to players losing their focus on match games after a break of several days. Perhaps teams also play at a higher level of intensity after they have rested for a number of days and have more energy.”

According to Jaakko Ryynänen these studies are important in terms of being able to prevent injuries.

“Our primary goal is to contribute with knowledge that can prevent injuries. The ability to recognise periods of matches when the injury incidence is high may be important in terms of preventive measures, for example replacing players at risk of suffering a repeat of a previous injury. Since there are more than 260 million football players in the world, preventive measures could help a lot of people. “

Continued research could also result in new rules. Jaakko Ryynänen mentions as one example the introduction of temporarily sending off players for aggressive behaviour, as is the case with ice hockey.

“This is something for the governing bodies of football to consider. For our part, we will continue our research in order to identify more opportunities for injury prevention, and to see whether the conclusions we draw are also applicable to football at lower levels. “

The article “Foul play is associated with injury incidence: An epidemiological study of three FIFA World Cups (2002-2010)” will be published in the British Journal of Sports Medicine on 15 October.

The article “Increased risk of injury following red and yellow cards, injuries and goals in FIFA World Cups” will be published in the British Journal of Sports Medicine on 15 October.

The article “The effect of changes in the score on injury incidence during three FIFA World Cups” will be published in the British Journal of Sports Medicine on 15 October.

The enclosed image may be freely published. Photo: Sahlgrenska Academy