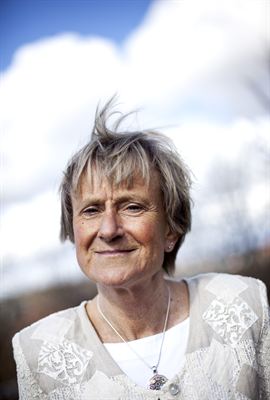 Men are more likely than women to report they have been the victims of partner violence. Nevertheless, women tend to suffer more severe health consequences. Researchers at Sahlgrenska Academy have just completed two studies on the subject.

Researchers at Sahlgrenska Academy, University of Gothenburg, have conducted two studies to determine the percentage of men and women respectively who have been victims of partner violence. According to the 1,400 respondents to the questionnaire, 8% of women and 8-11% of men had been victims of physical violence on the part of their spouses or partners over the past year.

However, a large percentage of male victims reported that they had also been perpetrators. The respondents mentioned behavior ranging from punching, kicking and pushing to strangleholds and threats at gunpoint.

“We were surprised by the results,” says Professor Gunilla Krantz, who led the studies. “Both men and women use the kind of violence that can harm the other person. The concept that women use violence only in self-defense is not true – women are capable of using it aggressively as well. These findings should however be interpreted with caution as we do not know in detail what led women to use violence in aggression. More women (30%) than men still reported that they had acted in self-defense, whereas men were most likely to maintain that they had reacted to insults or humiliation.”

“Because men are often bigger and stronger,” Krantz says, “they do not feel as threatened by physical violence on the part of their female partners. Only men who had been emotionally abused said that they had suicidal thoughts.”

A total of 3.5% of men had been victims of sexual abuse earlier in life, 0.6% within the past year.

The study also found a positive correlation between partner violence and living alone, having a limited social network and having grown up in a home where domestic violence occurred.

The studies, which have been published in BMC Public Health, will be followed by others.

Link to the article, “Psychometric Properties of the WHO Violence against Women Instrument in a Male Population-based Sample in Sweden”: http://bmjopen.bmj.com/content/2/6/e002055.long

Link to article, “Men's and Women's Exposure and Perpetration of Partner Violence: an Epidemiological Study from Sweden”:
http://www.biomedcentral.com/1471-2458/12/945/abstract