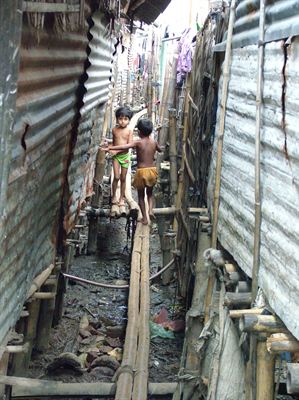 Every year hundreds of thousands of people die from diarrhoeal diseases caused by ETEC bacteria. A study published in Nature Genetics describes how Swedish researchers have mapped the spread of strains of ETEC bacteria around the world. It provides key information about how pathogenic bacteria arise, which will be important for the Swedish diarrhoea vaccine currently under development.

Enterotoxigenic Escherichia coli (ETEC) bacteria are responsible each year for around 400 million cases of diarrhoea and 400,000 deaths in the world's low- and middle-income countries. Children under the age of five are most affected.

ETEC bacteria also cause diarrhoea in nearly one in two travellers to these areas.

Researchers at the University of Gothenburg's Sahlgrenska Academy are world leaders in research into ETEC and have now made a major breakthrough in collaboration with colleagues from the Wellcome Trust Sanger Institute in the UK, Karolinska Institutet in Sweden and universities in Japan, Germany and the USA, among others.

A study published in Nature Genetics details how the Gothenburg researchers used comprehensive DNA analyses to reveal the ETEC bacteria's genetic composition – an analysis that also makes it possible to map how the bacteria spread.

"We can see that some of the dangerous strains of ETEC derive from a single bacterium that has divided and spread right around the world," says Astrid von Mentzer, doctoral student at the Sahlgrenska Academy. "This may sound like bad news, but it actually means that the vaccine that we are developing on the basis of the most common types of bacteria will be of global benefit."

The University of Gothenburg is home to the world's largest collection of strains of ETEC bacteria, comprising more than 3,500 strains from around the world. The present study saw the researchers focusing on a total of 362 strains, which were isolated from children, adults and travellers affected by diarrhoea in Africa, Asia and Latin America in the last 30 years.

"The analysis shows that children, adults and travellers are all affected to the same extent by diarrhoea caused by the different strains of ETEC," says Astrid von Mentzer. "Which would suggest that the vaccine could work for all three groups."

The researchers were also able to demonstrate in the study that some of the ETEC groups identified came into existence as far back as 174 years ago. The new information about the genetic composition of ETEC bacteria and how they spread means another step closer to reducing the prevalence of diarrhoeal diseases worldwide.

The research project is a successful collaboration between the University of Gothenburg and the Wellcome Trust Sanger Institute in Cambridge in the UK, which is a world leader in sequencing.

The article Identification of enterotoxigenic Escherichia coli (ETEC) clades with long-term global distribution was published in Nature Genetics on 10 November.

Link to the journal: http://www.nature.com/ng/index.html

Download photos below, free of use, photo credit "Sahlgrenska Academy". Photo 1. Astrid von Mentzer Photo 2. The research on a new diarrhea vaccine is done in close collaboration with researchers and local people in Dhaka, Bangladesh. Many children in Dhaka lack clean water and proper toilets. ETEC diarrhea and other diseases are very common. 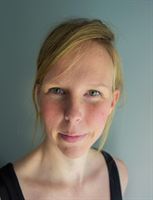