More Cadmium in the Kidneys But Lower Risk of Harm 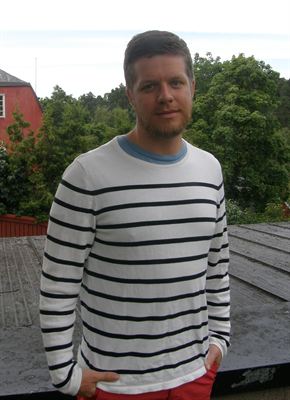 People who have been exposed to cadmium have higher levels of this heavy metal in the kidneys than previously thought. At the same time, the harmful effects of cadmium on the kidneys are less than calculated, and future studies should rather focus on its effects on the skeleton. These are the conclusions of research carried out at the Sahlgrenska Academy, Sweden.

High resolution photo for downloading below, free of use.

Previous studies have concluded that even low levels of cadmium in the urine may be harmful in people who have not been exposed to the heavy metal through their occupation.

Scientists from the Sahlgrenska Academy at the University of Gothenburg have now shown that disturbances in kidney function in this group are probably the result of natural variations, rather than a toxic effect.

The result, which is presented in Magnus Åkerström’s doctoral thesis, means that the risk of cadmium causing kidney damage has been overestimated for a large part of the population, and that research now should reconsider when it comes to investigating the effects of cadmium.

“Most people in Sweden have only a moderate exposure to cadmium. Our research has shown that the risk for kidney damage caused by cadmium is lower in this group than previously believed. As a consequence of this, research should focus more on how cadmium affects the skeleton, and how the heavy metal is effecting osteoporosis, fractures and possible also atherosclerosis,” says Magnus Åkerström, research student at the Sahlgrenska Academy.

“When cadmium levels are low, it’s necessary to take natural variation in urine production into consideration in order to be able to reach any conclusions from a urine sample.”

Åkerström’s results also show that groups with a moderate exposure to cadmium have a higher level of the metal in the kidneys than previously thought. It has been possible to show this by measuring for the first time in the world cadmium levels in the kidneys of healthy people. Magnus Åkerström also presents new calculations that show that the half-time of cadmium in the kidneys is around 30 years, which is longer than previously believed.

The thesis Biomonitoring of cadmium – relationship between cadmium in kidney, blood and urine, interpretation of urinary cadmium, and implications for study design will be defended at a disputation on 25 April.

FACTS ABOUT CADMIUM
Cadmium is released to the environment mainly from industry, from its use in artificial fertilizers, and from the sludge produced during sewage treatment. Crops absorb cadmium from the soil and the metal then ends up in the human body via our food. Rice, root vegetables and tobacco are examples of crops that contain more cadmium than other crops.