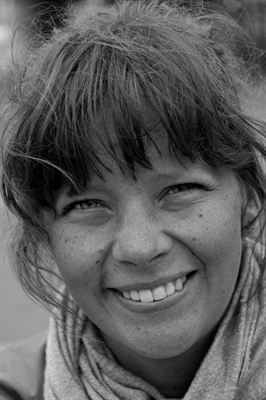 A hunger-reducing hormone also helps decrease nicotine-induced reward in mice, according to a new study from the Sahlgrenska Academy. The discovery may lead to new pharmacological agents that help people to quit smoking.

Everybody knows that smoking can be detrimental to a person’s health. Still, smoking is a global health issue and statistics show that half of the World´s smokers can expect to die of a smoking-related disease.

‘Nicotine is highly addictive, and many smokers have a very hard time quitting. Society should start realising that addiction is an illness that requires treatment,’ says Elisabet Jerlhag, who is one of the researchers at the Sahlgrenska Academy behind the discovery, which may eventually lead to the development of a new medication that could treat nicotine addiction.

The studied hormone is called GLP-1. It is produced in the body when we eat and makes us feel satiation. The researchers gave a substance that resembles GLP-1 to mice. They found that it blocked the rewarding effects of nicotine.

‘The rewarding effects are a major reason when people get addicted. We therefore believe that medications that work like GLP-1 can be useful in the treatment of nicotine addiction. This is an entirely new pharmacological perspective,’ says Elisabet Jerlhag.

The same team of researchers at the Sahlgrenska Academy, University of Gothenburg, also recently linked the hormone to the rewarding effects of alcohol, amphetamine and cocaine in mice.

The new discovery is an important contribution to the scientists’ understanding of what happens in the brain when people get addicted to different addictive drugs. The researchers hope that their work will lead to the development of new medications that can stimulate the same parts of the brain as the hormone GLP-1, and therefore can be used to treat nicotine addiction.

‘This is basic research, but since there already are diabetes medications that work like GLP-1, we may be one step closer to finding a new way to treat nicotine addiction,’ says Jörgen Engel, another of the researchers behind the discovery.

The article The glucagon-like peptide 1 analogue Exendin-4 attenuates the nicotine-induced locomotor stimulation, accumbal dopamine release, conditioned place preference as well as the expression of locomotor sensitization in mice was published in PlosOne.