No viral cause for breast cancer and brain tumours 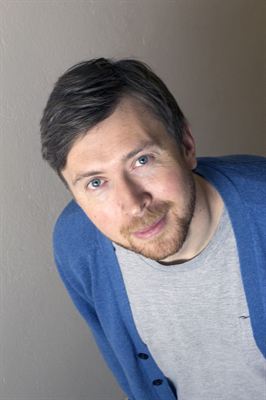 A major study conducted at the Sahlgrenska Academy has now disproved theories of a viral cause for breast cancer and the brain tumour, glioblastoma. The study, which was based on over seven billion DNA sequences and which is published in Nature Communications, found no genetic traces of viruses in these forms of cancer.

It has been scientifically proven that about 15 per cent of all cancer cases are the result of viral infection, but many researchers believe that even more cancers could be caused by viruses. Among other theories, it is suggested that the Epstein-Barr virus could be a possible cause of breast cancer and that the cytomegalovirus might cause the malignant brain tumour glioblastoma.

"There is some controversy in that we have not found any viruses in these forms of cancer, but if there were any viral involvement in breast cancer and glioblastoma, it is likely that we would have found some trace of it. We have based our research on American material, which is extremely comprehensive," says Erik Larsson, who is a researcher at the Sahlgrenska Academy at the University of Gothenburg.

The study was published in the highly-regarded scientific journal "Nature Communications". The study involved the researchers using powerful computers to conduct in-depth analysis of 700 billion DNA sequences from more than 4,000 tumours.

"We conducted an unbiased search for viruses in 19 different types of cancer. The analysis has neatly confirmed the links that are already known, which effectively confirms that we are using the right method," says Erik Larsson.

The result of the study is a massive chart of viral presence in cancer. Among other things, the study was able to confirm that liver cancer is often caused by the hepatitis virus, and that the human papilloma virus causes cervical cancer. The study also shows that viral infection also causes major adaptations in the tumour cell, and that virus-positive tumours from widely different organs can therefore display considerable similarities.

Article: The landscape of viral expression and host gene fusion and adaptation in human cancer was published online, 1 October. For the article in pdf form, contact: r.twinn@nature.com