Promising treatment for progeria within reach 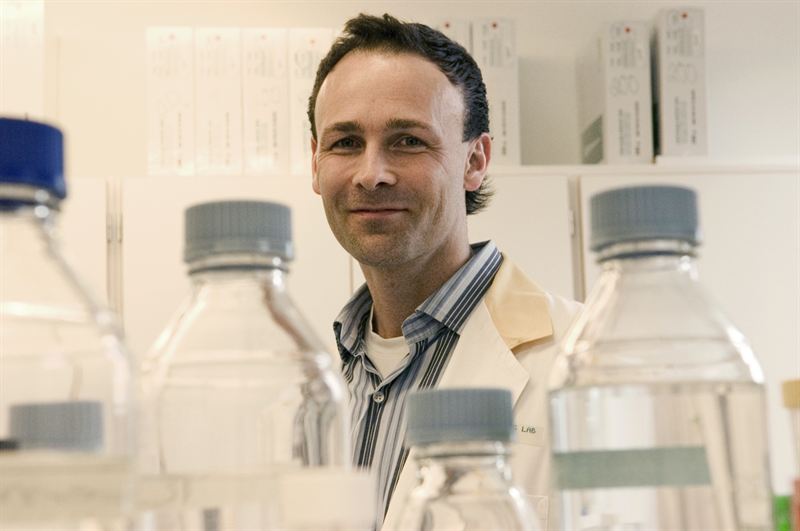 Pharmaceuticals that inhibit a specific enzyme may be useful in treating progeria, or accelerated aging in children. A new study performed at the Sahlgrenska Academy indicates that the development of progeria in mice was inhibited upon reducing the production of this enzyme.

Science publishes the article at their ScienceExpress website, which facilitates rapid publication of select studies.

”This study is a breakthrough for our research group after years of work. When we reduce the production of the enzyme in mice, the development of all the clinical symptoms of progeria is reduced or blocked. We have also studied cultured cells from children with progeria, and can see that when the enzyme is inhibited, the growth of the cells increases by the same mechanism as in mouse cells,” says Martin Bergö, Professor at the Sahlgrenska Academy and research director at the Sahlgrenska Cancer Center.

Progeria is a rare genetic childhood disorder characterized by the appearance of accelerated aging. The classical form of progeria, called Hutchinson-Gilford Progeria Syndrome (HGPS), is caused by a spontaneous mutation, which means that it is not inherited from the parents. Children with HGPS usually die in their teenage years from myocardial infarction and stroke.

Candidate drugs will be tested

The progeria mutation occurs in the protein prelamin A and causes it to accumulate in an inappropriate form in the membrane surrounding the nucleus. The target enzyme, called ICMT, attaches a small chemical group to one end of prelamin A. Blocking ICMT, therefore, prevents the attachment of the chemical group to prelamin A and significantly reduced the ability of the mutant protein to induce progeria.

“We are collaborating with a group in Singapore that has developed candidate ICMT inhibitor drugs and we will now test them on mice with progeria. Because the drugs have not yet been tested in humans, it will be a few years before we know whether these drugs will be appropriate for the treatment of progeria,” Martin Bergö explains.

A model for aging

Although there are only a few hundred children in the world with progeria, the disease, children, and research have attracted a great deal of attention.

“The reason is obvious: the resemblance between progeria patients and normally-aged individuals is striking and it is tempting to speculate that progeria is a window into our normal aging process. The children develop osteoporosis, myocardial infarction, stroke, and muscle weakness. They display poor growth and lose their hair, but interestingly, they do not develop dementia or cancer,” says Martin Bergö, who is also studying the impact of inhibiting ICMT on the normal aging process in mice.

High resolution photo to download below, free of use. Photo: Sahlgrenska Academy