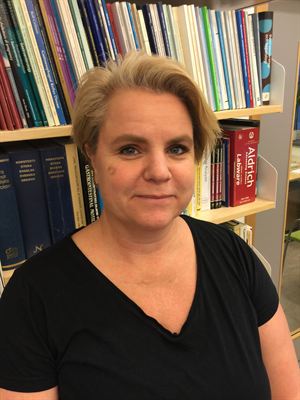 About eight out of ten persons who suffer from IBS believe that the symptoms are due to diet. A diet that excludes particularly indigestible carbohydrates can provide markedly reduced symptoms, as shown by a thesis at the Sahlgrenska Academy.

In the thesis at hand, 197 persons with IBS symptoms were asked what they believe is the cause of their symptoms. In all, 84 percent referred to food intolerance - they most often described a hypersensitivity to fatty foods, histamine-releasing foods (shellfish, eggs), foods with preservatives (sour milk, lingon berries) and foods rich in biogenic amines (cheese, wine).

But above all, IBS symptoms were reported in conjunction with consumption of food containing indigestible carbohydrates. This food group, which is popularly called FODMAPs, includes apples, beans and wheat.

In the study, IBS patients tried a “low -FODMAP diet” during four weeks - with good results.

“This diet excludes foods that contain large amounts of indigestible carbohydrates and replace them with other foods better tolerated by the stomach and intestines. This may, for instance, involve replacing apples and cauliflower with oranges and carrots.”

“About half of the IBS patients improved significantly with the “low FODMAP diet,” says Lena Böhn, doctoral student at the Sahlgrenska Academy. The results were compared with another group that followed traditional dietary advice in IBS, which involves eating small and frequent meals, to peel and divide foods into pieces, chew thoroughly, reduce fatty and spicy foods, coffee and alcohol.

Also in this group, the IBS symptoms were reduced in about half of the patients.

“Both of the diets have an equally good effect when it comes to alleviating IBS symptoms. Future studies should therefore look at the benefit of combining them both to optimize nutritional intake and symptom reduction” says Lena Böhn.

In the studies, experiments were also done where IBS patients were given a special enzyme, called alpha-galactosidase, which is known to have the ability to break down some of the indigestible FODMAP carbohydrates. The hypothesis was that the enzyme would simplify their uptake in the small intestine and thereby reduce the fermentation in the large intestine that may cause IBS symptoms.

“Unfortunately, it didn’t help, and we found no evidence that supplements of the enzyme alpha-galactosidase are beneficial for IBS,” says Lena Böhn.

The thesis shows that despite a high degree of self-reported food intolerance in IBS patients, the majority seem to have adequate nutrient intake.

The researchers’ conclusion is that dietary advice is effective in the treatment of IBS. However, it is important to assess the nutrient intake at an individual level and specify what foods the patient consider to cause symptoms in order to provide individual dietary advice.

The thesis Food-related gastrointestinal symptoms, nutrient intake and dietary interventions in patients with irritable bowel syndrome was defended at a public dissertation on January 30. 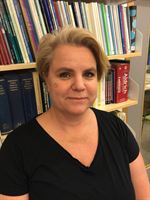