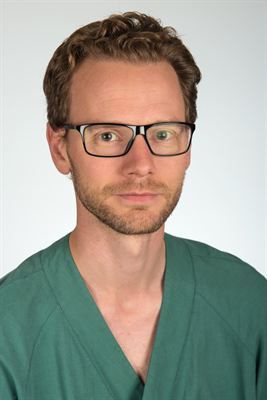 The final hope for many patients with severe lung disease is a transplant – but there is a chronic shortage of donated lungs. Scientists at the University of Gothenburg and Sahlgrenska University Hospital in Sweden have tested a new method that makes it possible to use lungs that previously were discarded.

A lung transplant is often the last hope for patients with severe lung disease. But at the same time, only one third of donated lungs are used for transplants. This has led to a chronic shortage of donated lungs, both in Sweden and globally.

The waiting list for transplants is long, and mortality among those waiting is between 5 and 10%. In addition, there is a large hidden population – since the lack of organs is so severe it is often the case that patients with lung disease are not investigated or queued for a lung transplant.

Scientists at the Sahlgrenska Academy, University of Gothenburg, have now used a new method that can dramatically increase the availability of candidate lungs, giving more patients the opportunity to undergo a lung transplant.

"Many donated lungs cannot be transplanted since the donor is too old, many years of smoking have preceded the death, or there is a suspicion of lung disease. In some cases, a sudden impairment in lung function has occurred in association with the donor’s death, but the lungs are fundamentally sound and there is a potential that their function can be normalized. We have focused on such lungs," says research student and specialist doctor Andreas Wallinder, who has presented the research in his thesis.

The scientists have surgically removed donor lungs that normally would have been discarded and placed them in a specially constructed heart-lung machine. This looks after the blood circulation and ventilation in the lungs while their function is evaluated.

The experiments showed that most lungs started to function normally in the heart-lung machine, and so far this has meant that 22 severely ill patients have been able to receive transplants, using lungs that previously would have been assessed as unsuitable.

“We conclude that the method works, and we can use it to increase the number of donated lungs that can be used, without risking poorer medical results,” says Andreas Wallinder.

"A simplified donation process is an important step if donation after cardiac death is to become accepted by the general public and the healthcare system. The potential of our method is enormous. If it were to be introduced into the medical care system it would bring huge possibilities for all those who are waiting for a transplant," says Andreas Wallinder.

The thesis Ex Vivo Lung Perfusion – clinical and experiment studies was defended at a disputation held on 26 September.

The first lung transplantations were carried out using lungs donated by patients who had died as a consequence of cardiac arrest. Following the introduction of the concept of “brain dead” in Sweden in 1987, lungs for transplantation have come exclusively from brain-dead donors whose circulation is still functioning. Organ donation after cardiac arrest has again begun to be discussed as a means to increase the number of available organs, but this has not been introduced into clinical practice.