Treatment for depression just as good via the Internet 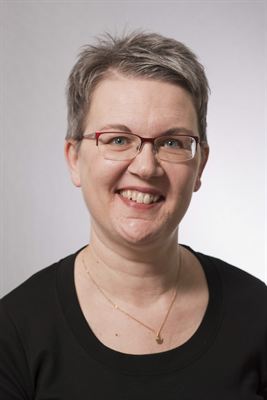 Researchers at the University of Gothenburg in Sweden conducted a study where patients with mild to moderate depression were randomized to either Cognitive Behavioral Therapy (CBT) via the Internet or regular treatment. The study shows that therapy via the Internet provides results that are equally good at the very least.

"Internet therapy for depression works just as well as the treatment that is currently being offered. This means that a primary care provider can already introduce Internet therapy as a standard treatment alternative," says Marie Kivi, psychologist and doctoral candidate at the University of Gothenburg.

During the therapy, the patient has access to seven treatment modules on the Internet which they go through on their own, but also with the support of a psychologist and/or psychotherapist at a district health center for 8-12 weeks. The patient also completes written homework assignments at the same time.

"This provides patients with access to a structured and proven CBT therapy, which they complete at home when it suits them best, without having to drive to a district health center.

It saves time for the treating psychologist at the district health center, who can then treat more patients," says Cecilia Björkelund, researcher at Sahlgrenska Academy.

According to researchers, introducing Internet therapy in primary care could be one way to get around the current lack of CBT psychologists and psychotherapists and provide more patients with access to effective psychological treatment for depression.

"Earlier laboratory studies indicated that Internet therapy could be an effective method. Now we have shown that it actually works out in the field," says Marie Kivi.

The article "Internet-Based Therapy for Mild to Moderate Depression in Swedish Primary Care: Short Term Results from the PRIM-NET Randomized Controlled Trial was published in the journal Cognitive Behaviour Therapy on 9 June 2014

Link to the journal: http://bit.ly/1pSGJNh

FACTS ABOUT DEPRESSION IN SWEDEN
According to the Swedish Council on Technology Assessment in Healthcare, 11 percent of all men and 20 percent of all women in Sweden have had severe depression at some time. This means that at any given point in time, between 4 and 10 percent of Sweden's adult population meet the criteria for actual depression.