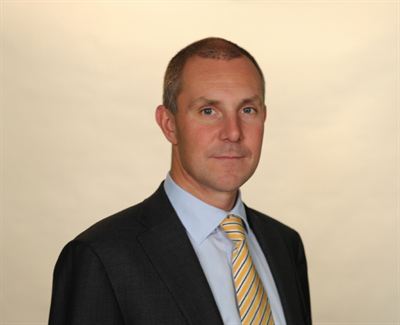 The new Sandvik strategy presented in September 2011 laid out the path toward a strengthened market leadership position based on four cornerstones: AMBITION, SPEED, FOCUS and GLOBAL/LOCAL. The strategy has subsequently been implemented successfully and according to plan. Recent strategic reviews have revealed additional potential for structural improvements in several business areas. At the same time, a number of measures are being proactively implemented to adjust costs due to the weaker market demand that was experienced during the third quarter and that has persisted thus far into the fourth quarter.

In addition to the ongoing improvement efforts at Sandvik Mining, a reduction of 650 employees globally has been deemed necessary, including the closure of the units in North Bay, Canada, and Rocklea, Australia. Third-party contracts with more than 350 individuals will be terminated. Charges of a nonrecurring nature are estimated at 175 million SEK and will be recognized in the fourth quarter 2012, with a further 175 million SEK recognized in 2013.

At Sandvik Machining Solutions, opportunities to generate economies of scale have been identified. The distribution center in Kentucky, US, will incorporate Seco Tools products. Consequently, the Seco Tools US distribution center in Troy will be closed. Combined with other initiatives across the business area, including a headcount reduction in Fagersta, Sweden, this is expected to result in a structural reduction in costs of 150 million SEK. The nonrecurring charges associated with these initiatives are expected to impact earnings by just under 100 million SEK in the fourth quarter 2012 and by 200 million SEK in 2013.

As communicated earlier, the Step Change turnaround program is being expanded with the aim of further strengthening Sandvik Materials Technology as a long-term value-creating business area. The primary focus is on consolidations and sustainable cost savings of more than 300 million SEK. As part of the ongoing review of the wire business, Sandvik Materials Technology will restructure the wire operations at Sandvik Española in Barcelona, Spain. Parts of the product program will be transferred to other units. The work to simplify the organization will continue to support the ongoing strategic shift of the product mix toward more advanced products. In total, the changes will lead to a further structural redundancy of approximately 220 positions globally. The fourth quarter 2012 will be impacted by nonrecurring charges estimated at 650 million SEK, of which 400 million SEK relates to impairments and write-downs of predominately fixed assets.

Sandvik Construction has implemented further actions aimed at optimizing the overall cost structure at the business area and addressing the continued subdued market activity. The number of employees is being reduced by 80, in addition to a further 180 employed by third parties. This will lead to minor nonrecurring charges in the fourth quarter 2012. It is estimated that total costs will be reduced by more than 100 million SEK by year-end 2013.

“A year has soon passed since we began the implementation of the new strategy. A great deal of hard work has been done and much has been achieved. In our drive to continuously improve our company, we have identified several additional opportunities. Consequently, decisions have been taken on a number of actions to adjust costs and capacity. None of these measures affect our ability to grow our business in the long term,” says Olof Faxander, President and CEO of Sandvik.

Sandvik AB discloses the information provided herein pursuant to the Securities Markets Act and/or the Financial Instruments Trading Act. The information was submitted for publication at 14:00 CET on 28 November 2012.

Sandvik Group
Sandvik is a global industrial group with advanced products and world-leading positions in selected areas – tools for metal cutting, equipment and tools for the mining and construction industries, stainless materials, special alloys, metallic and ceramic resistance materials as well as process systems. In 2011 the Group had about 50,000 employees and representation in 130 countries, with annual sales of more than 94,000 MSEK.

Sandvik Group Sandvik is a high-tech and global engineering group offering products and services that enhance customer productivity, profitability and safety. We hold world-leading positions in selected areas – tools and tooling systems for metal cutting; equipment and tools, service and technical solutions for the mining industry and rock excavation within the construction industry; products in advanced stainless steels and special alloys as well as products for industrial heating. In 2018, the Group had approximately 42,000 employees and revenues of about 100 billion SEK in more than 160 countries within continuing operations. 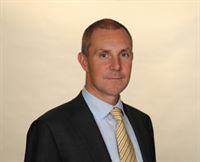