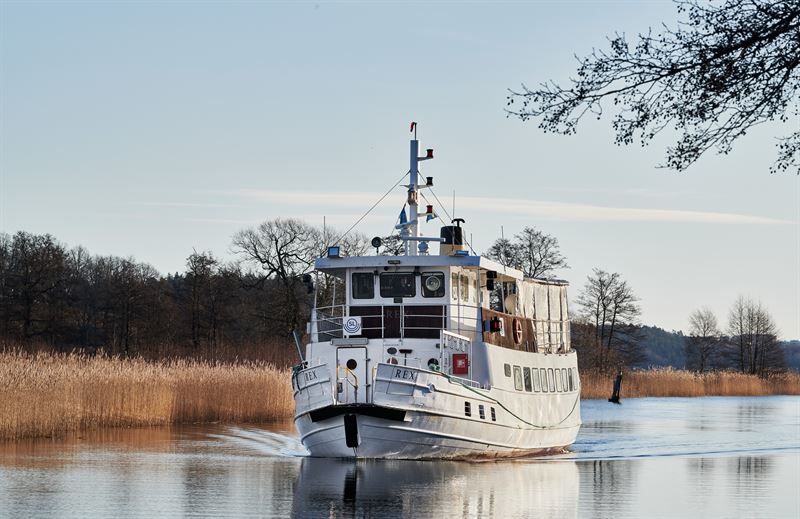 In joint trials, Blidösundsbolaget, a subsidiary of Transdev has teamed up with Scania to refit M/S Rex, for hybrid operations. The boat, built in 1937, is now ferrying commuters on behalf of Stockholm Transport.

“We’re encouraged by what we’ve seen so far,” says Fredrik Liw, who is Technical Manager at Blidösundsbolaget. “There’s still a lot of development and testing to do, but we could reduce CO2 emissions by up to 47 percent.”

Approximately 60 percent of commuters in the Swedish capital use public transport and Stockholm Transport prides itself on having a completely fossil-free fleet of buses and trains.

Recently, the transport authority has started making greater use of the city’s waterways, providing shorter and quicker journeys. By 2021, 90 percent of all regional public transport vessels will be operated on fossil-free fuels. The hybridisation of Rex is an important step in that development.

“When Scania approached us, I’d already thought that Rex was suitable for a hybrid electric powertrain, as she’s very energy-efficient,” says Liw.”

The M/S Rex operates daily on a 75-minute route on Lake Mälaren, between Stockholm city centre and the island of Ekerö – known for two UNESCO World Heritage sites, including Drottningholm Castle, home to the Swedish Royal Family.

The boat can take up to 150 people and uses a Scania 13-litre diesel engine that conforms to the international IMO Tier 3 emission standard. This is complemented by an e-machine, which means the boat can approach jetties silently. Its total propulsion power is 240 kW continuously or 290 kW for a short duration and it takes around 100 kW of power to run the boat at cruise speed. This provides two hours’ running time on pure electricity.

“This can be a game changer,” says Lead Engineer Mattias Rosengren, Scania Engines. “We’re bringing automotive technology to the marine world, as we’ve done with diesel engines. The boat’s powertrain contains the same sort of components as Scania’s hybrid and fully electric vehicles.”