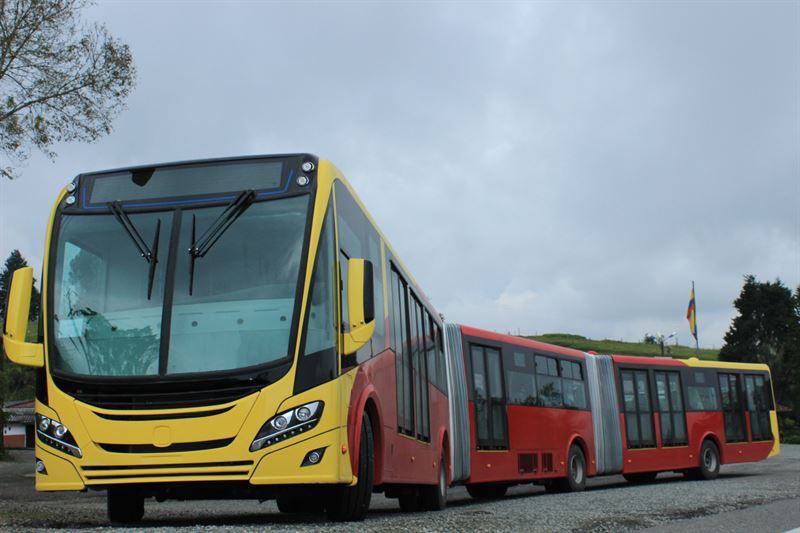 In November, TransMilenio in Bogotá, selected Scania to deliver 481 Scania Euro 6 gas buses – the cleanest and most silent buses on the market. In the continued renewal of the city’s Bus Rapid Transit system, Scania has now been selected to supply a further 260 gas buses, bringing the total to 741 buses. Scania will hereby supply a majority of buses for the renewal programme.

Bogotá is replacing its earlier Euro 2 and Euro 3 buses with the latest in low-emission technology. Scania’s Euro 6 gas buses represent a huge leap in cleaner technology compared with these older-generation buses but also in relation to the more recent Euro 5 emissions standards. In operations with the new Scania gas buses, carbon emissions will be up to 20 percent lower while emissions of particulate matter will be two to three times lower. Emissions of nitrogen oxide are four to five times lower than Euro 5.

The bus network, originally established in the early 1990s, encompasses 12 lines totalling 112 kilometres, with 1.7 million passenger journeys every day. The latest public tender has focused on the 18-station Américas BRT line, which will be operated by Masivo Bogotá. They will go into operation during the second half of 2019 and the first half of 2020.

The 260 bi-articulated Scania F340 HA 8x2 (340 hp engines) have a capacity for 250 passengers. All buses will be bodybuilt by the Colombian bodybuilder Superpolo Scania will be responsible for providing maintenance services for the buses.

Since 2015, 227 Scania Euro 6 gas buses have operated in the Colombian city of Cartagena.

Bus Rapid Transit (BRT) systems improve capacity and reliability compared to conventional bus operations. BRT systems feature bus-only corridors that ensure that buses are never delayed due to mixed traffic congestion. Passengers pay fares at the station, instead of on the bus. There are BRT systems in more than 160 cities globally, most are found in Latin America.

Scania is a world-leading provider of transport solutions. Together with our partners and customers we are driving the shift towards a sustainable transport system. In 2017, we delivered 82,500 trucks, 8,300 buses as well as 8,500 industrial and marine engines to our customers. Net sales totalled nearly SEK 120 billion, of which about 20 percent were services-related. Founded in 1891, Scania now operates in more than 100 countries and employs some 49,300 people. Research and development are concentrated in Sweden, with branches in Brazil and India. Production takes place in Europe, Latin America and Asia, with regional production centres in Africa, Asia and Eurasia. Scania is part of TRATON AG. For more information visit: www.scania.com.