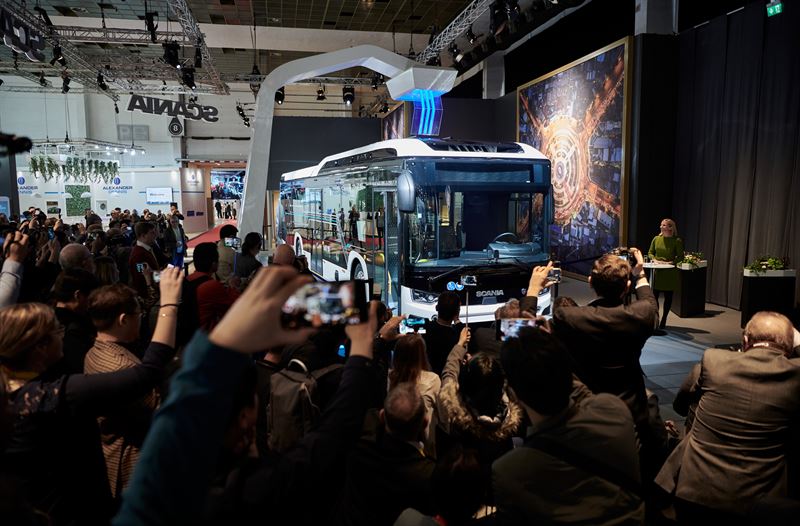 Scania’s net sales for the first nine months of 2019 amounted to SEK 113.8 billion, an increase of 15 percent compared to the previous year.

Summary of the first nine months of 2019

“Scania’s net sales for the first nine months of 2019 amounted to SEK 113.8 billion, an increase of 15 percent compared to the previous year. Earnings in the first nine months of 2019 rose to SEK 13,889 m., which gave an operating margin of 12.2 percent. Higher vehicle and service volume contributed positively, as did currency effects and a favourable market mix. The company is performing strongly and the cost situation in production related to running double truck ranges has steadily improved in each quarter. The measures put in place to reduce the higher long-term product cost level related to the new truck generation are continuing.

The demand situation is now weaker than before and order bookings for trucks fell by 8 percent in the first nine months of 2019 compared to the year-earlier period. Demand for trucks in Europe has slowed as our customers are currently uncertain about the market development. In Latin America demand is still recovering at a sluggish pace. The uncertainty related to global trade continues to have a negative impact on order bookings in Asia and Eurasia. Demand for buses and coaches is slightly lower in the first nine months of 2019 than the year-earlier period, as is demand in the Engines business area mainly related to lower order bookings in Asia. Scania’s global production system continually adapts to the demand situation, which means that we have to gradually adjust staffing levels. We are also reviewing the assignment of consultants for a range of projects.

At the Brazilian transport trade show FENATRAN in October, Scania received the prestigious “Truck of the Year” award for the Latin American market.

At Busworld in October, the new Scania Citywide was premiered – our first fully electric bus in series production for city traffic and the first model in our new bus and coach generation. Electrified buses and trucks will play a crucial role in achieving a fossil-free transport system in the longer term. However, if we are to have a chance of reaching the Paris Agreement’s goal, solutions involving renewable fuels are required in order to bridge the period up to the cut-off point for a fully electrified transport system. Scania has invested for a long time in order to be able to offer a broad suite of transport and public transport solutions where vehicles operate on renewable fuels.”