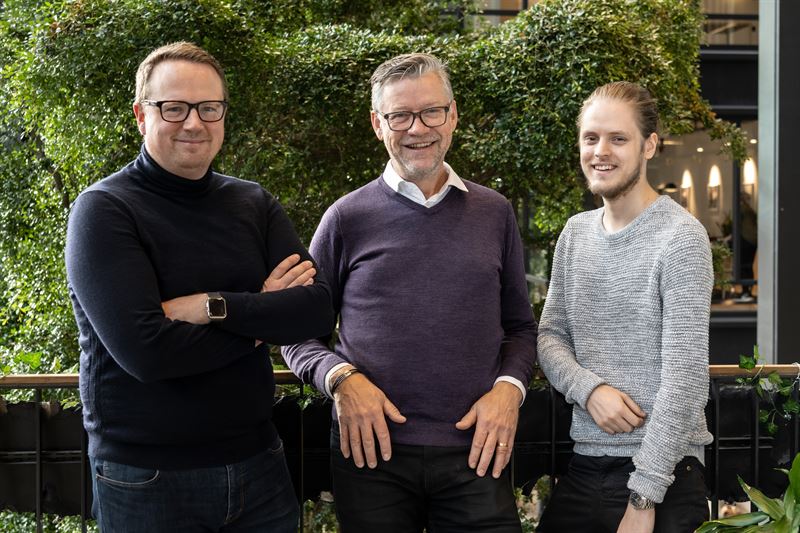 Scania is running the second edition of its in-house accelerator programme, the Innovation Factory. This year the programme is moving into the space of Swedish tech community SUP46.

Scania’s Innovation Factory aims to channel ideas of employees and to give employees hands-on experience in releasing a new product or service to the market. Whilst innovation takes place in many parts of the Scania, not the least the R&D unit of 3,800 employees, this programme also brings an entrepreneurial perspective, complementing the company’s larger scale industrial initiatives.

SUP46 have operated at the heart of the Swedish tech and innovation scene since 2013 and are constantly working to close the gap and create dialogue and idea sharing between large corporates and start-ups. SUP46 are now opening the doors to their incubator space in central Stockholm four teams from Scania.

“Our Innovation Factory is about innovation with an entrepreneurial approach. This is of course an opportunity for our employees to develop entrepreneurial skills, but we also firmly believe that it makes the company better equipped for the future. The concept has evolved over the past few years and this year’s collaboration with SUP46 adds another strong dimension and appeal where we move the teams into their entrepreneurial tech environment, says Anton Wieselblad, Innovations Coach at Scania.

Close to 60 projects were initially submitted to the Innovation Factory. The four teams that have been selected through a type of dragon’s den-process are relieved of their regular duties and will drive the projects over the coming six months as part of their employment at Scania, with a seed investment of 500.000 SEK each from the company.

The projects that have been selected cover business areas like matching service technicians with customers through gamification and AI; supporting and guaranteeing the functionality of autonomous machines in daily operations; matching electric vehicles with the right charging infrastructure, and better catering for seasonality in the construction business.

“SUP46 was the first ever physical community to exist for innovators and startups in Sweden, and over the years we’ve seen both corporates and startups learn from each other when we’ve put them together and given them space to have open conversations. We’re excited to collaborate with Scania and be part of supporting their teams to flourish in our environment. This is the first collaboration for us with a major industrial player and it will be very interesting to see how we can learn from each other”, Sebastian Fuchs, Co-Founder and CEO SUP46.

ABOUT SUP46 (Startup People of Sweden)
Startup Hub SUP46 was founded in 2013 to gather the startup community. Through the world-class ecosystem of investors, advisors and partners, members are offered a competitive advantage. Located in the heart of Stockholm and Helsingborg, it is home to more than 150 startups and a natural meeting place for the startup community. Only the most exciting and innovative companies, mainly within Internet, mobile, media and gaming, are accepted as members.