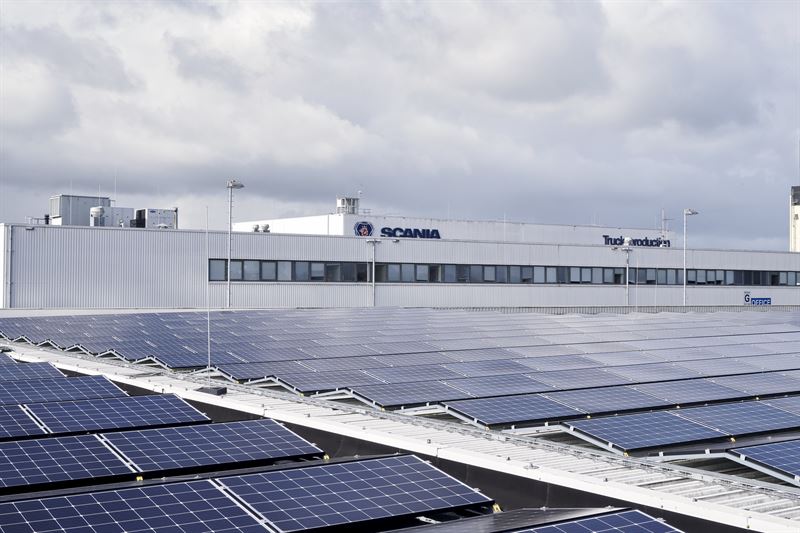 Scania today announces that all its ten major production facilities worldwide are now powered by fossil-free electricity, the target set for 2020. The final large production plant to phase out fossil energy has been Scania’s production plant in Tucumán, Argentina, which will be supplied by electricity from a wind farm.

“We’ve worked hard to this year reach the zero fossil-fuel target in our industrial operations,” says Leif Borgstedt, Senior Energy Advisor at Scania. “We procure electricity from a host of suppliers with Guarantees of Origin and other equivalent certificates that ensure that it is produced from renewable energy sources, such as hydroelectricity, wind and solar power.

Of the ten production plants, three are located in Sweden and two in the Netherlands with one each in Argentina, Brazil, Finland, France and Poland. Together they annually consume nearly 450,000 MWh. The transition to fossil-free electricity corresponds to annual savings of 33,000 tonnes CO2e. In 2019, Scania produced 91,700 trucks, 7,800 buses as well as 10,200 industrial and marine engines.

“Scania is on an ambitious path of reducing its carbon footprint and has adopted Science Based Targets as its guiding light for the coming years,” says Andreas Follér, Head of Sustainability at Scania. “These not only encompass our own operations but also include reduction targets for indirect emissions generated when our products are being used.”

By 2025, Scania aims to halve its carbon footprint, both in its industrial and commercial operations compared to 2015. The same reduction will be achieved in land transport operations per transported tonne.

“Decarbonising our industrial operations represent a milestone along our journey and is a clear manifestation of our commitment to reaching the Science Based Targets,” explains Follér.