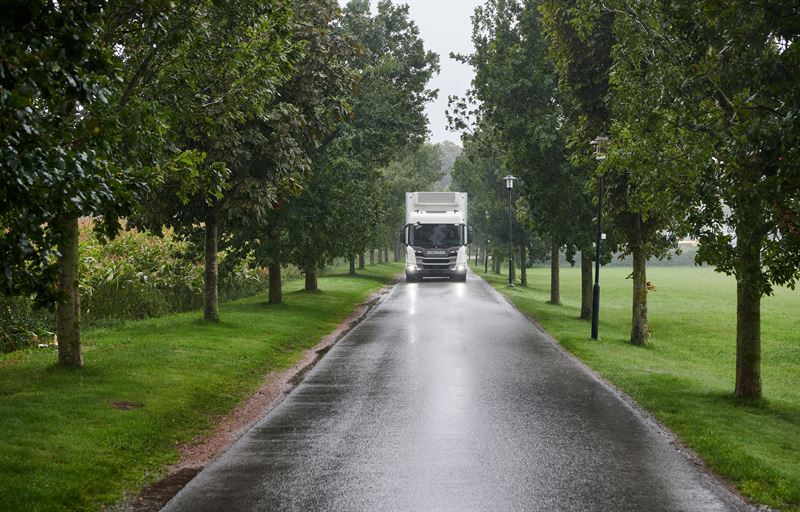 As the first major manufacturer of heavy commercial vehicles, Scania’s far-reaching climate targets have officially been approved by the Science Based Target initiative (SBTi). Scania is committed to achieving the Paris agreement goals of limiting global warming to 1.5°C above pre-industrial levels.

"Since more than 90 percent of the CO2 emissions generated in our business occurs after the products leave our factories, it is imperative that we also consider these emissions. Limiting ourselves to only reducing our own emissions is simply not enough. We will therefore work in close cooperation with our customers in operating their trucks, buses and engines with less climate impact," says Scania's President and CEO Henrik Henriksson.

The SBTi approval recognises that Scania’s targets align with the most strict decarbonisation pathway defined to date – 1.5°C for Scope 1 and 2. The targets that Scania has set include both direct and indirect emissions from its operations (Scope 1 and 2), as well as emissions from when the products are in use (Scope 3).

"We congratulate Scania for their commitment to take the urgent action needed to address the climate crisis," said Alexander Farsan, global lead for Science Based Targets at WWF, one of the Science Based Targets initiative (SBTi) partners. "They are the first heavy commercial vehicle manufacturer to set an ambitious 1.5°C target through the SBTi and commit to reducing emissions not only from their own operations, but also from the use of their vehicles."

"Science is today clear that our future on Earth depends on holding global warming well-below 2°C, which means cutting emissions by half every decade. Science based targets are critical to succeed in this endeavour. Heavy transport is a backbone of our societies, and Scania's commitment to science based targets for climate, along its entire value chain, will not only contribute to reduce climate risks, but will also send a strong signal through the economy, that decarbonising is real, is now, and constitutes an investment in future competitiveness", says Johan Rockström, professor in Earth system science, and Director of the Potsdam Institute for Climate Impact Research in Germany.

Over the past several years, Scania has significantly reduced CO2 emissions from its own operations and from its own transport and logistics. Scania has also worked to minimise emissions from its products through fuel efficiency measures. Since more than 25 years, the company has provided the industry’s broadest range of products that run on alternatives to fossil fuel. In September 2019, Scania announced its aim to set Science Based Targets. The approval of these targets now marks another major milestone on the journey towards fossil-free transport.“Regardless of whether we, as at present, are in the midst of a crisis or not, we will not compromise on sustainability. Driving the shift towards a sustainable transport system is Scania’s purpose and we remain fully committed,” says Henriksson.