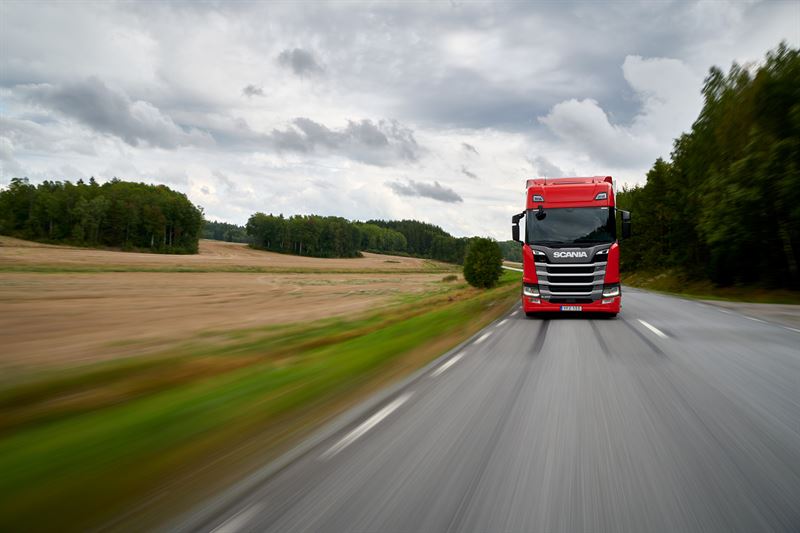 The Scania R 450 wins the Green Truck 2019 award and is named the most fuel-efficient and environmentally friendly commercial vehicle in its class. This victory gives Scania a hat trick for its third consecutive win in the competition.

Green Truck 2019 is a German comparison fuel test sponsored by trade publications VerkehrsRundschau and Trucker which focuses on the lowest fuel consumption. Thirteen vehicles were competing for the title and the best economic value.

The Scania R 450 won with the lowest average fuel consumption of 23.25 litres of diesel per 100 kilometres, the lowest greenhouse gas emissions (CO2e) of 738 grams per kilometre, and the highest average speed of 80.42 km/h on the same 353-kilometre long test track.

“It’s an honour for Scania to receive this award especially as it is our third consecutive victory. The Green Truck 2019 award reinforces what our customers around the world have already experienced: that the Scania R 450 is an exceptionally fuel-efficient truck,” says Alexander Vlaskamp, Head of Scania Trucks.

Scania’s market share in Europe has also seen success, with a record high 19.1 percent reached during first quarter of 2019.

Another Scania vehicle, the Scania G 410, took the third place in the environmental ranking competition, with an average consumption of 24.02 litres of diesel per 100 kilometres and greenhouse gas emissions (CO2e) of 762 grams per kilometre.

The participating trucks in the competition were required to take a test trailer onto the fifth wheel, for a combined total weight of just under 32 tonnes, depending on the equipment of the truck. In addition, the engine output was stipulated to be no more than 500 horsepower (hp). Participants took heed, with just under 450 hp proving to be the most economical to transport.

“The environmental prize goes to Södertälje for the third time in a row. A winning streak, which certainly some competitors will try to break in 2020!”, notes VerkehrsRundschau.