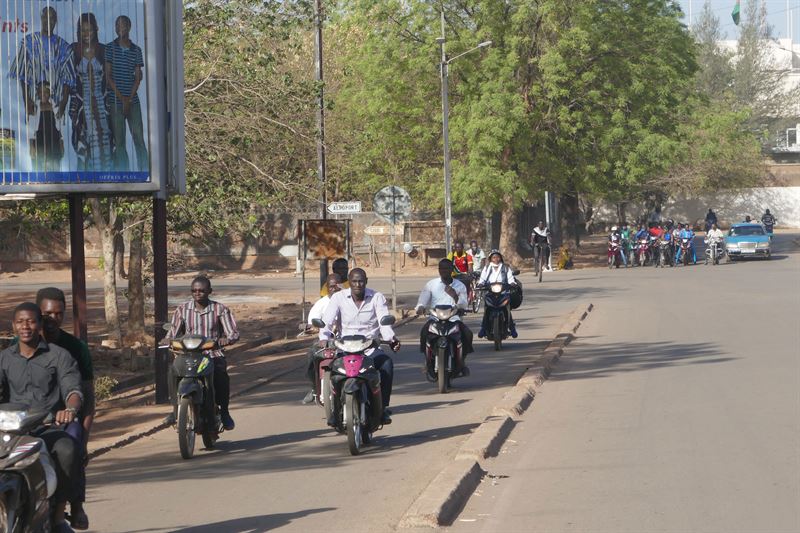 To strengthen public transport in Burkina Faso’s capital Ouagadougou, Scania and RATP Group have signed a memorandum of understanding with the Government of Burkina Faso to establish a modern and efficient bus system with 460 buses and 90 coaches.

Traffic will start next year with the delivery of the first 225 buses. The project includes supplying buses and coaches, establishing a bus depot, building bus stops and bus lanes as well as training drivers and service technicians. In collaboration with RATP Group, Scania will ensure efficient fleet management. Scania will also work on the introduction of alternative fuels with the ultimate aim of operating the entire fleet on biodiesel and biogas.

The population of Ouagadougou – 3 million – is expected to double by 2030. At present, half of the residents travel on foot, while 80 percent of motorised trips are carried out on two wheels (mainly motorcycles), most often for lack of public transport.

The ambitious transport plan for the capital of Burkina Faso is, over the period 2018–2020, to strengthen Ouagadougou's public transport network by deploying 550 new vehicles on current and future bus routes. Initially, the current bus system will be modernised while a future Bus Rapid Transit System (BRT) with four routes is planned.

By involving RATP Group and Scania in this project, Burkina Faso has chosen to build on the expertise of two internationally recognised transport stakeholders. The RATP Group is one of the world’s five largest urban public transport companies. It will contribute its expertise on the entire mobility chain in technical, financial and training issues. In addition, RATP Group will design, supply and operate Intelligent Transport Systems, such as passenger information and ticketing systems.

Scania is a world-leading provider of transport solutions. Together with our partners and customers we are driving the shift towards a sustainable transport system. In 2017, we delivered 82,500 trucks, 8,300 buses as well as 8,500 industrial and marine engines to our customers. Net sales totalled nearly SEK 120 billion, of which about 20 percent were services-related. Founded in 1891, Scania now operates in more than 100 countries and employs some 49,300 people. Research and development are concentrated in Sweden, with branches in Brazil and India. Production takes place in Europe, Latin America and Asia, with regional production centres in Africa, Asia and Eurasia. Scania is part of Volkswagen Truck & Bus GmbH. For more information visit: www.scania.com.