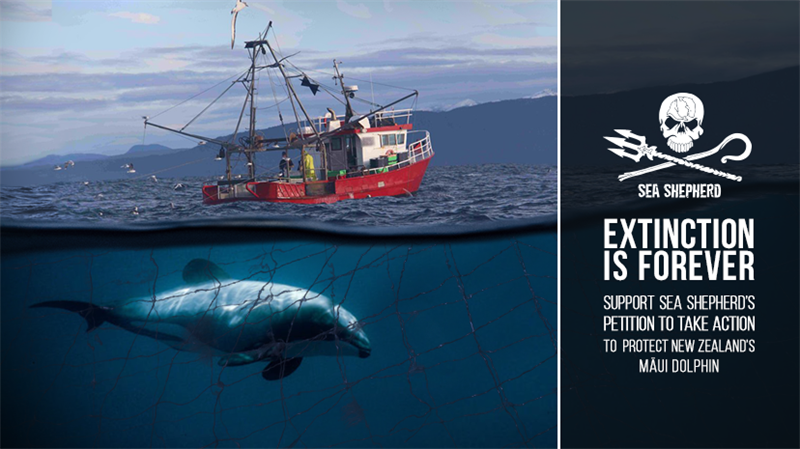 The Scientific Committee of the International Whaling Commission (IWC) estimates that there are only 57 Māui dolphins remaining — down from approximately 2,000 in 1971. Unless action is taken immediately, the Māui dolphin will disappear forever.

The IWC, leading scientists, and even the New Zealand government all agree that the chief cause of this alarming population decline is bycatch in New Zealand fisheries.

It is an unfortunate fact that global consumers of New Zealand’s seafood exports are hastening the Māui dolphin’s slide into oblivion. Among the culprits is the U.S. seafood market, which routinely imports between 25,000 and 50,000 kilos of New Zealand snapper per month. The snapper fishery is known to use gear that ensnares Māui dolphins – and this is just one fishery among many that incidentally capture Māui dolphins.

Fortunately, we have a legal tool at our disposal to push for an import ban and encourage New Zealand to take immediate steps to save the Māui dolphin. The Marine Mammal Protection Act (MMPA) is a U.S. law that aims to reduce bycatch of marine mammals — not just in U.S. waters, but globally. Recognizing that the U.S. is a major seafood importer, Congress, through the MMPA, chose to prohibit imports from foreign fisheries that fail to prevent bycatch of marine mammals in line with U.S. standards.

There is no question that New Zealand fails to meet such standards in the case of the Māui dolphin. The current bycatch of Maui dolphins is estimated to be 2 to 4 individuals per year. This bycatch number is unnerving; the IWC Scientific Committee has concluded that “[t]he human-caused death of even one individual would increase the extinction risk.”

As the U.S. government has neglected to take action on its own accord, Sea Shepherd submitted a petition for emergency rulemaking demanding that the government fulfill its MMPA obligations.

If the responsible U.S. agencies do not respond appropriately, Sea Shepherd will seek redress in court.

Sea Shepherd Legal is a nonprofit environmental law firm committed to saving marine wildlife and habitats by enforcing, strengthening, and developing protective laws, treaties, policies, and practices worldwide. Sea Shepherd Legal is concerned with the conservation of marine mammals and the effective implementation of the MMPA. www.seashepherdlegal.org