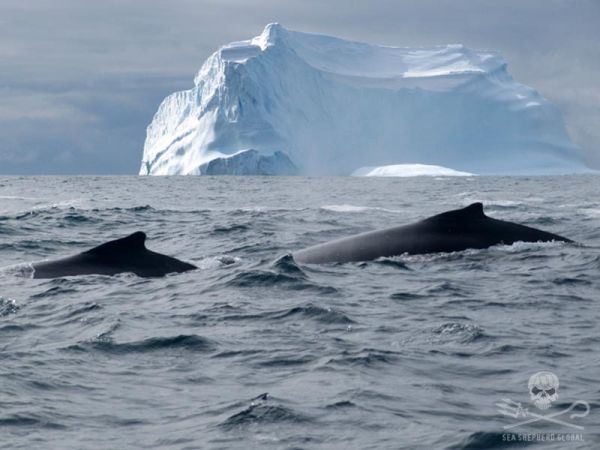 The marine conservation group Sea Shepherd Global is sending its vessels down to the Southern Ocean this December on its 11th direct-action whale defense campaign.

A 2014 landmark ruling by the International Court of Justice (ICJ) in The Hague declared the Japanese whaling program in the Antarctic not scientific in nature, despite their claims of hunting the whales for scientific research. The Japanese were also found in contempt of the Australian Federal Court for killing protected whales in the Australian Whale Sanctuary.

"If we cannot stop whaling in an established whale sanctuary, in breach of both Australian Federal and International laws, then what hope do we have for the protection of the world's oceans?” said Jeff Hansen, Managing Director of Sea Shepherd Australia. “We must make a stand and defend whales with everything we've got."

After a one-year hiatus from whaling, the Japanese whaling fleet returned to the Antarctic last season despite the rejection of their revised research program by the International Whaling Commission, and slaughtered 333 Minke whales, more than half of them pregnant females.

“The international community has had two years to ensure Japan's compliance with the International Court of Justice ruling,” says Captain Peter Hammarstedt, Chairman of Sea Shepherd Australia. “But at the end of the year, the Japanese whaling fleet will once against sail from Japan with whales in their harpoon sights.”

Disappointed by the lack of action from the international community, Sea Shepherd Global is preparing to return to the Southern Ocean to protect the whales with a new patrol vessel, the Ocean Warrior. Built with the financial support of the Dutch Postcode Lottery, the British People’s Postcode Lottery and the Svenska PostkodLotteriet, the Ocean Warrior is the fastest in the Sea Shepherd Global fleet.

“For the first time we will have the speed to catch and outrun the Japanese harpoon ships, knowing speed can be the deciding factor when saving the lives of whales in the Southern Ocean,” says Sea Shepherd Global CEO Captain Alex Cornelissen. They estimate to have already saved the lives of over 5,000 whales in their previous ten Antarctic campaigns.

The Ocean Warrior will arrive in Australia at the end of this year to undergo the final preparations for the 2016/2017 direct-action campaign in the Antarctic. “Sea Shepherd’s 11th Southern Ocean Whale Defense Campaign is named Operation Nemesis, after the Greek goddess of inescapable justice,” announced Hammarstedt.

Established in 1977, Sea Shepherd is an international non-profit, marine wildlife conservation organization. Our mission is to end the destruction of habitat and slaughter of wildlife in the world's oceans in order to conserve and protect ecosystems and species.

Sea Shepherd uses innovative direct-action tactics to investigate, document, and take action when necessary to expose and confront illegal activities on the high seas. By safeguarding the biodiversity of our delicately-balanced ocean ecosystems, Sea Shepherd works to ensure their survival for future generations. For more information, visit: http://www.seashepherdglobal.org/