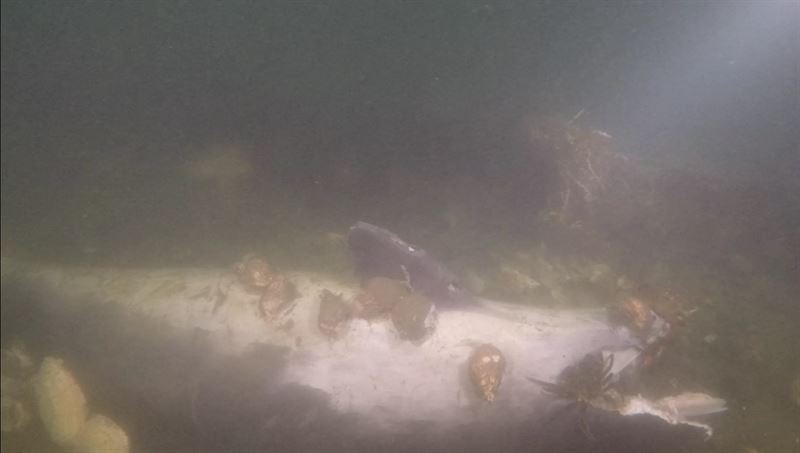 A 14-week investigation by the marine conservation organization Sea Shepherd reveals illegal fish trawling is still taking place in the Sound, the strait between Sweden and Denmark, despite the banning of such destructive fishing practices in the area since 1932.

From January 16th through April 6th, Sea Shepherd volunteers and scientists conducted research in the Sound (known locally as the Öresund or Øresund) on board the M/V Emanuel Bronner patrol boat to study the seabed for signs of damage by fishing trawlers.

The ban on bottom trawling over 80 years ago has allowed for many rare and diverse aquatic species to flourish in the Sound. But extensive research published by the Oceana Foundation in 2016 showed that the current protections weren’t sufficient to protect this unique and fragile ecosystem, and called on Danish and Swedish governments to establish a single transboundary marine protected area (MPA) across the entire Sound to encompass the existing smaller protected areas and the currently unprotected areas (http://oceana.org/publications/reports/oceana-proposal-marine-protected-area-sound-2016).

However, Sea Shepherd’s findings show that nothing has changed. Trawling is still permitted in the northern part of the Sound, except in February and March when endangered cod are spawning. But even these restrictions are ignored by fishing trawlers, with one Danish boat caught red-handed with its nets in the water on March 11th. Lack of enforcement, particularly on the Danish side of the Sound, makes it easy for these trawlers to operate with impunity, even in broad daylight.

“Since arriving in the area, the Swedish coastguard has boarded us twice and called us up on radio to identify ourselves numerous times,” said Sea Shepherd Scandinavia Director Lukas Erichsen. “We have not heard or seen from the Danish coastguard or fisheries control once. There is simply a lack of enforcement or even simple presence from the Danish side.”

Sea Shepherd’s findings were shared in the Danish press on April 3rd (https://www.tv2lorry.dk/artikel/minister-om-bekymrende-fund-i-oeresund-jeg-bliver-hamrende-vred), prompting the Minister of Fisheries to call an emergency committee meeting the following day, where the Danish Socialist People's Party (Socialistisk Folkeparti) echoed Oceana’s call to create a marine protection area for the entire Sound, effectively banning all trawling year-round. The parliament will be debating the issue on April 18th.

“We handed over our documentation of illegal activities in the Sound to the Danish Fisheries Inspections Agency,” said Erichsen. “We hope they will finally close the loopholes in the area and start actively monitoring.”