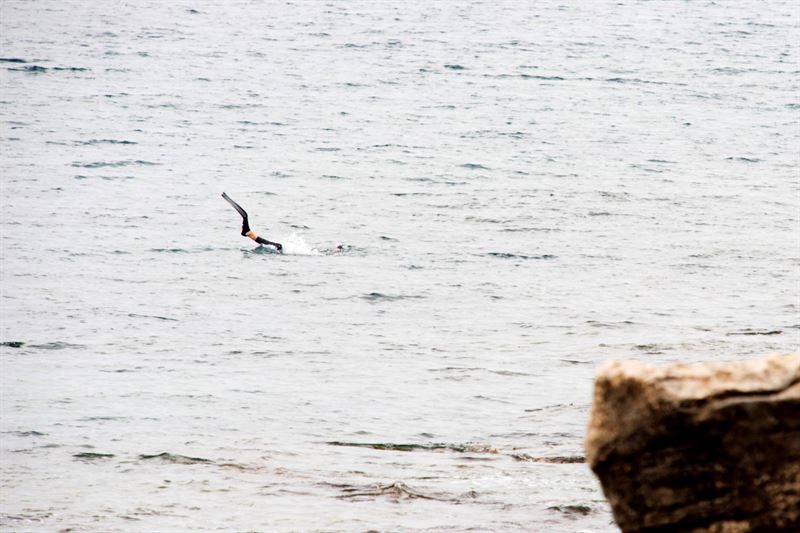 Sea Shepherd Italy’s Operation Siracusa launched its 2018 campaign with the announcement of the arrest of poachers in the Plemmirio Marine Park.

At the first light of dawn on July 23rd, the Sea Shepherd volunteers patrolling the Plemmirio Protected Area spotted two scuba divers who were illegally capturing sea urchins inside the reserve’s Area B. The Port Authority intervened promptly and, in addition to the prescribed sanction, seized the poachers equipment. The Coast Guard intervened to locate the hidden sea urchins with the help of the Sea Shepherd volunteers,releasing all 1000 of them back inside the Marine Protected Area.

Later the same day Sea Shepherd immediately alerted authorities after spotting a boat fishing illegally with nets just inside the border of another protected area in the reserve’s Area C. The Coast Guard came to stop the boat’s illegal activities and escort it to port.

Sea Shepherd Italy’s Operation Siracusa has 42 volunteers committed to the conservation and protection of sea urchins and dusky groupers in the Plemmirio Marine Park. These volunteers work together with local law enforcement agencies such as the Financial Police (Guardia di Finanza), the Coast Guard, the Carabinieri, the State Police (Polizia di Stato), the Environmental Police (Polizia Ambientale), the Polizia Provinciale, and the Park Authority (Ente Parco).

By promptly documenting and reporting all illegal activities in the reserve to the police, Sea Shepherd has put a huge dent in the poaching actitivites again this year.

Sea Shepherd Italia’s President Andrea Morello, taking part in the operation, commented: "Illegal, Unreported and Unregulated (IUU) fishing is the natural target of Sea Shepherd, especially when it occurs in the protected areas. She Shepherd will continue the patrolling in collaboration with the local authorities in order to protect, defend and conserve marine lives, who we call “our clients”. Volunteers coming from all regions of Italy have come together to dedicate their time and holidays to the protection of what is most important: ocean life. Their work immediately produced the first results: 1000 sea urchins have been released and returned to their home”.

The Plemmirio Marine Park is classified as “Area Specialmente Protetta di Interesse Mediterraneo (ASPIM) (Specially Protected Area of Mediterranean Interest), this denomination is conferred to areas of high importance for the conservation of the biodiversity in the Mediterranean, which means areas that need to be protected.

Operation Siracusa, now in its fifth year, fosters the respect of life by protecting, defending, and conserving this wonderful ecosystem and all the species that inhabit it. This sends a clear message to the poachers that operate in the proctected areas of Plemmirio.

The Plemmirio Marine Protected Area is divided into three areas with different level of protection for the marine ecosystem, from A to C. Area A is the most protected: boats are not allowed transiting or mooring there, fishing is completely forbidden, and scuba diving is not allowed. Underwater fishing, scuba diving, and freediving are forbidden in all three areas.

4295: Fishing boat with illegal net in the Plemmirio Marine Park arrested by the Italian Coast Guard.

4450: Sea urchins hidden by poachers in the Plemmirio Marine Park "Area B".

4476: Sea Shepherd volunteers during the release of the sea urchins in “Area B”.

4388: A poacher spotted by Sea Shepherd volunteers diving in the Plemmirio Marine Park.