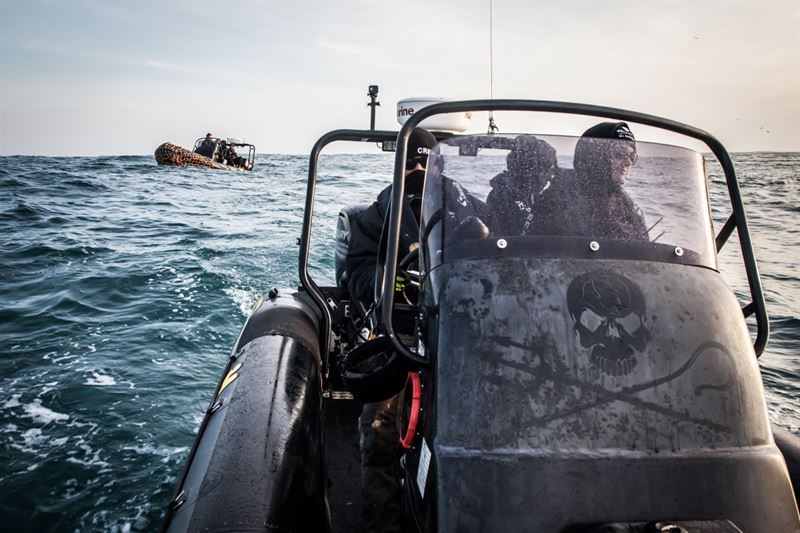 Sea Shepherd’s ship, the M/Y Sam Simon, has arrived off the Atlantic Coast of France to join the organization’s campaign Operation Dolphin ByCatch, exposing the ongoing slaughter of dolphins by industrial fishing vessels in the Bay of Biscay. A veteran of several anti-whaling missions in Antarctica and illegal fishing campaigns in West Africa, the Sam Simon is a former Japanese whaling ship converted by Sea Shepherd into a defender of marine life. It will be joining the organization’s small boats which have been patrolling the coast since February 11, 2019.

Over the past six weeks, 600 dead dolphins have washed up on French beaches in the Vendée, Charente Maritime, and Gironde. These deaths are only the tip of the iceberg, since more than 80% of the corpses, often gutted, sink at sea. Most of the bodies found are mutilated, with severed fins, gaff hook marks, deep cuts, and broken rostrums consistent with capture in fishing gear. These dolphins, which spend winter in the Bay of Biscay, are victims of non-selective fishing operations (including trawlers, Danish seiners, and gillnetters) targeting sea bass and hake for the French market. According to scientists who have been documenting the deaths, the dolphins are also being killed by French and foreign vessels engaged in industrial fishing for surimi and fishmeal further offshore.

“We are faced with an absurd fisheries policy that allows extremely destructive and non-selective fishing gear in sensitive areas during the sea bass breeding season where protected species such as dolphins are particularly vulnerable to capture,” said Lamya Essemlali, President of Sea Shepherd France.

“We’re tired of seeing scientists' alerts being ignored year after year, and the indifference of the Fisheries Committees and the Ministry, which have been pretending to be working on the problem for 20 years,” states Essemlali. “Sea Shepherd has decided to patrol the area night and day. We will focus on the silent extermination of dolphins off our coast in order to finally hold fishermen, politicians and consumers accountable.”