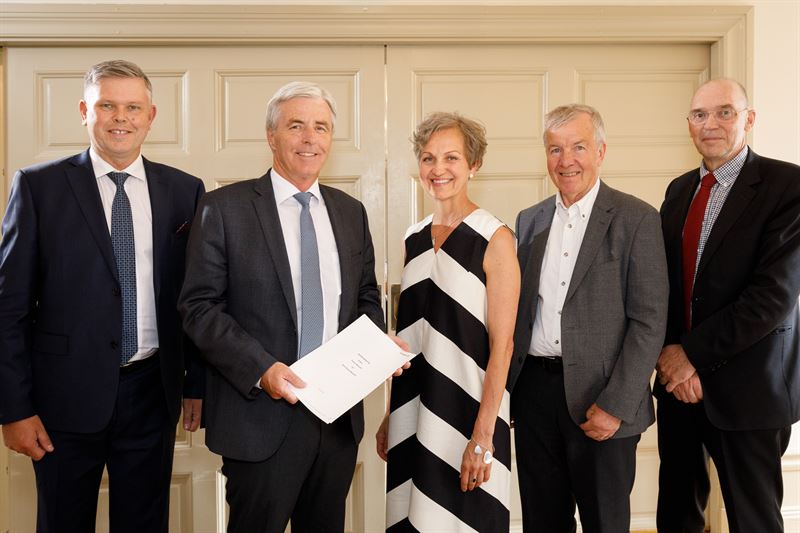 Preem and wood industry company Setra are investigating the possibility of building a joint production facility for the manufacture of pyrolysis oil, a renewable raw material for biofuel. The facility is being planned at Setra Kastet Sawmill in Gävle and is expected to be completed in 2021.

The planned production facility will turn sawdust into pyrolysis oil, a renewable raw material for biofuel. Construction is expected to begin in 2019, and the facility is estimated to provide around 25,000 tonnes of pyrolysis oil per year that, via Preem’s refinery in Lysekil, will be refined into biofuel. An application for an environmental permit has been made.

“This is Europe’s first production facility for pyrolysis oil linked to a refinery. To meet Sweden’s national target of 70 percent fewer carbon emissions in the transport sector by 2030, a number of measures are required. This is why we were immediately interested when Setra got in touch with their plans for a pyrolysis oil manufacturing facility. It’s important to invest in different biofuels, with sawdust being one possibility,” says Sören Eriksson, development engineer at Preem.

“Sawdust is a by-product in our manufacture of wood products, and the possibility of producing pyrolysis oil, which can then be used in biofuel, is completely in line with Setra’s strategy to increase the value and climate benefit of our products. We’ve been running the pyrolysis oil manufacturing project with the aim of finding a partner for commercial applications. The fact that Preem now wishes to invest in this facility with us is extremely positive,” says Hannele Arvonen, CEO of Setra Group.

The partnership with Setra is part of Preem’s ambition to manufacture 3,000,000 cubic metres of renewable fuel at refineries in Lysekil and Gothenburg by 2030.

In 2017 a total of around 9,000,000 cubic metres of fuel were sold in Sweden, of which just over 1,900,000 were biofuel, according to Svenska Petroleum och Biodrivmedel Institutet (SPBI, the Swedish petroleum and biofuel institute). Around 15 percent of all biofuel was produced in Sweden, with the rest being imported from other countries.

Pyrolysis is a process in which a substance is rapidly heated to a high temperature so that the solid material is vaporised and can be condensed into a liquid. Through pyrolysis, branches, roots, tops and sawdust can be turned into oil, which can then be refined into renewable petrol and diesel.

Preem is the largest fuel company in Sweden. Our vision is to lead the transformation towards a sustainable society. Our two refineries are among the most modern and environmentally adapted in Europe, with a refining capacity of more than 18 million cubic meters of crude oil per year. Our business encompasses production, sales, distribution, trading and goods supply. We refine and sell petrol, diesel, heating oil and renewable fuels to companies and consumers in Sweden and Norway. Around two-thirds of our production is exported. We also have a nationwide service network with some 570 fuel stations for private and commercial traffic. Preem employs around 1,400 people, of which 950 work at the refineries. Preem had a turnover of SEK 69 billion in 2017. Read more at www.preem.se.

Setra is one of Sweden’s largest wood products companies. We process raw material from responsibly managed forests and offer climate-friendly products and solutions for building and living in a global market. The Group has approximately 800 employees and annual sales of approximately SEK 4 billion. Exports to Europe, North Africa, the Middle East and Asia account for about 65% of sales. Read more at www.setragroup.com.