CHILDREN WERE ENCHANTED BY VISIT FROM SNOW WHITE 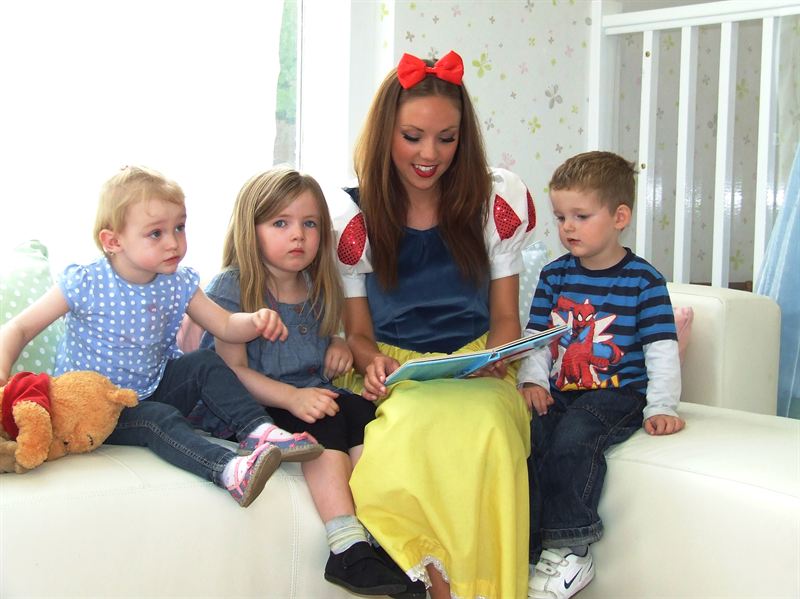 Children at The Old Station Nursery at Lincoln Marina were dazzled by a special visit from Snow White in celebration of the opening of their new baby room.

The fairy tale character attended the event on Friday (2nd September) to sing songs for the children and cut the ribbon.

The new baby room has been created in what was formerly the Library Bar on the University of Lincoln’s Brayford campus.

The former student venue was bought by the university last year and its conversion by the nursery will provide more space and a dedicated outdoor area for the children.

Mary Barlow, an early years specialist from The Totem Pole in Grantham, was consulted about plans for the interior.

Sarah Steel, Managing Director of The Old Station Nursery Group, said: “We had a fantastic response to the new baby room at the opening and lots of interest from parents looking for childcare which is fantastic.

“Snow White was brilliant on the day and it was a treat to see the children so excited about spending time with her and singing songs!”

A secure buggy store has also been added to the building for parents who need to leave buggies behind.

Kerry Moore, who played Snow White at the opening of the baby room on Friday, will be starring as the popular princess in pantomime at the Embassy Centre in Skegness this Christmas.

The pantomime will also show at the Lincoln Drill Hall with a different actress in the leading role.

Snow White and the Seven Dwarfs is being staged by Lincoln-based Jamie Marcus Productions.

“Snow White and the Seven Dwarfs - the most magical of all pantomimes - is on the bill this year at the Lincoln Drill Hall and we can’t wait!” said producer Jamie Marcus.

“We continue to work hard to bring the people of Lincoln a traditional family pantomime with lots of fun and laughter. There's a brilliant cast, dazzling costumes, stunning scenery, superb songs and for the first time ever in Lincolnshire a fantastic live and interactive Magic Mirror which will leave you spellbound as he answers your questions.”