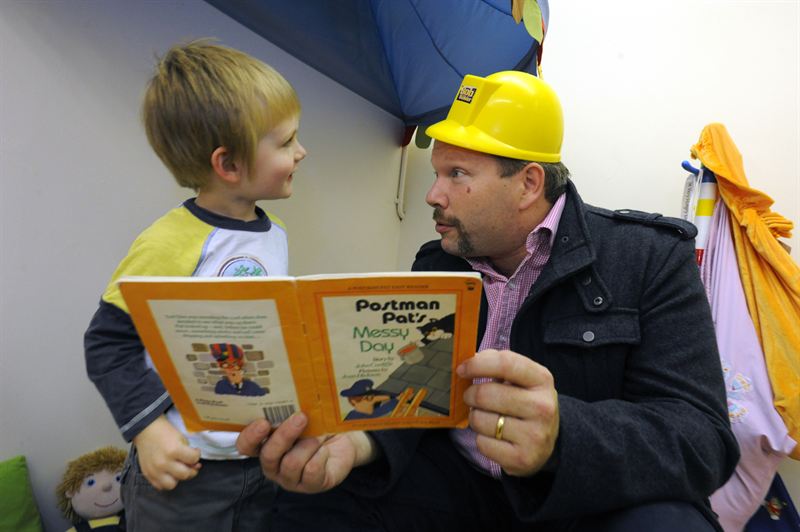 The ribbon cutting was to mark the opening of Elm House on Monks Road, which has been created by merging two nurseries in the city previously based at Lincoln College and Waterside South. Between 50 and 60 children and 16 staff have now moved into the property, which has been given a £50,000 refurbishment.

The nursery boasts two floors for staff and youngsters, an all-weather outdoor play area, a dedicated babies’ room, playing and quiet time space for the older children, upgraded cooking facilities and office space and a staff room for workers.

Newly appointed manager Laura Barton said: “We’re absolutely delighted with the nursery. The space we’ve got here means we can offer so much more freedom for the children to play and learn, especially with our all-weather outdoor area.

“Everyone – parents, staff and children – has nothing but great things to say about the building. We’re pleased that Karl McCartney was able to take time out of his busy schedule and come down to open the nursery officially for us.”

Karl added: “The new setting is tremendous. It’s lovely to see all the children playing so happily in such a wonderful facility. As a new nursery in the centre of the city, I am sure they will prove popular with parents and carers. Once again I can see The Old Station Nursery going from strength to strength.”

The Old Station Nursery now runs city settings at Monks Road, Lincoln Marina and Wragby Road, as well as one in Newark, four across Gloucestershire and Oxfordshire and a crèche in Buckinghamshire.

Operations Manager at The Old Station Nursery, Rachel Attwood, said: “The children and staff now have a luxurious setting to work and play in, so we’re proud of this addition to our group.”

The nursery is now registered to care for up to 64 children at one time. To find out more, email monksroad@theoldstationnursery.co.uk call 01522 533280.