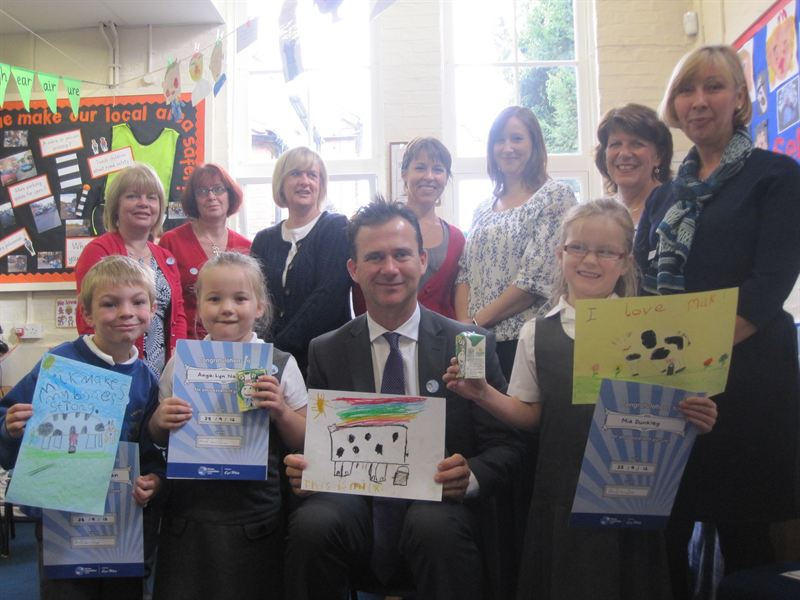 Children at North Crawley Church of England School have had a brush with success after winning an art competition as part of World School Milk Day celebrations organised by Cool Milk.

The leading school milk supplier invited MPs from across the UK to visit their local school or nursery to act as milk monitor for the day and invited pupils to take part in a drawing competition entitled Why School Milk is Great.

Three winners have been chosen from all of the UK-wide entrants, one of whom is six-year-old Hamish MacLennan from North Crawley.

Hamish has been presented with an art set while the school has received a £100 Early Learning Centre voucher.

Bursar at North Crawley C of E School Rachel Timms said: “We were thrilled to hear the news that Hamish had been chosen as a winner of the World School Milk Day picture competition.

“While being delighted with his art studio prize he will also enjoy selecting toys and games with his friends with the £100 ELC gift voucher presented to the whole school. A very big thank you to all involved for organising the competition.”

World School Milk Day is organised by the Food and Agriculture Organisation of the United Nations and is celebrated in over 30 countries around the world.

The day, funded in the UK by Cool Milk, this year took place on 26th September and is aimed at highlighting the importance of drinking milk at school in a fun and educational way.

“Drinking milk at school offers a host of benefits to children. Not only does it provide energy and key nutrients to help them do their best, it also promotes social interaction. A new study by researchers at Bristol University has also found that children who regularly drink milk are physically fitter in old age.”

To see photos of the visits and read comments from the MPs who took part in World School Milk Day 2012 please visit www.worldschoolmilkday.co.uk 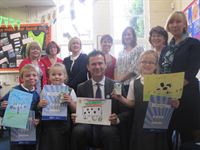