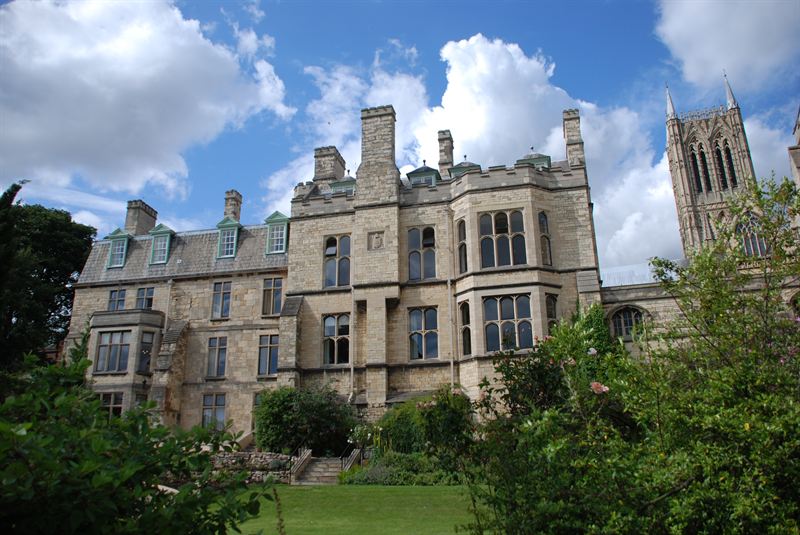 A TV producer and his team from Manchester-based Nine Lives Media stayed at The Old Palace hotel in Lincoln recently while filming an episode of the drama documentary series Nightmare in Suburbia.

The series, which is shown on the Crime & Investigation Network®, looks into shocking and unexpected crimes which have happened on the supposedly peaceful streets of suburban Britain.

The team was filming episode six of series four which follows the real-life successful police investigation into the murder of Shaun Rossington who was found dead on grassland near Searby Road in Lincoln on 3rd June 2010.

Phil Niland, Producer and Director at Nine lives Media, said it was an interesting episode to make:  “We’ve worked with Lincolnshire Police in the past and were keen to do so again. The case shows what an amazing job Lincolnshire Police do and Shaun's story was both very touching and poignant.”

As well as focusing on the facts of the case, the episode tells the story of how the people who committed the murder of Shaun Rossington were brought to justice and the impact the crime had on the victim and his family.

An interview with one of the police officers involved in the investigation, who talked through the details of the crime, took place at The Old Palace while the rest of the filming was carried out at home addresses in Lincoln and Manchester.

Commenting on his stay in the city, Phil added: “The Old Palace is in a beautiful setting and is a really impressive building. The staff at the hotel were so welcoming and friendly it was a pleasure to stay there whilst we were filming in Lincoln.

“We chose to stay at The Old Palace because it is in such a great location and the facilities looked wonderful – it was my first visit to Lincoln for a few years so it was nice to come back to the city and The Old Palace made us feel very welcome.”

The Old Palace Manager Sonja Brockman said: “We have had several TV crews stay with us previously and so we were really pleased that Phil and the team behind Nightmare in Suburbia chose to stay with us while they were filming in the city.

“The Old Palace is in a wonderful location in the historic uphill area of the city and offers guests luxurious accommodation in sumptuous and elegant surroundings with stunning views.”

This episode of Nightmare in Suburbia will be broadcast on the Crime & Investigation Network (channel 553 on Sky and 237 on Virgin) on 26thNovember at 10pm.

About The Old Palace

About the Crime & Investigation Network®