Lincoln to host its first ever digital festival 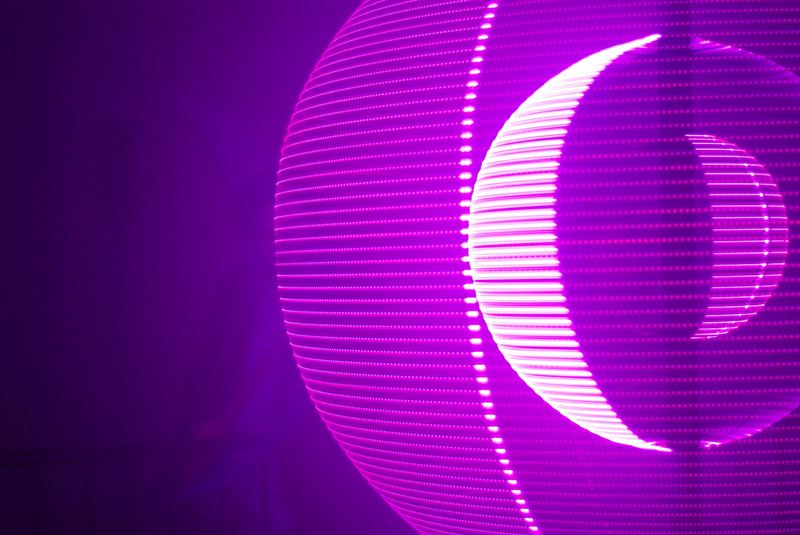 Lincoln is best known for its Gothic cathedral, its quaint cobbled streets and its appropriately named Steep Hill, but in October the historic city will show its contemporary face by hosting its first Digital Culture Festival.

From 21st until 29th October Frequency 2011 will transform Lincoln into an interactive sensory playground with work by local, national and international artists.

The inaugural Frequency 2011 Digital Culture Festival aims to provide a foundation for a biennial event which will allow audiences to experience, explore and debate this new world of technology.

In a world first, Metro-Boulot-Dodo will be presenting all four components of the Four Seasons project in the same city at the same time, including the premiere of SUMMER.

Four Seasons is an ambitious, interactive, four-part multimedia installation that reflects the different stages of life. From 12th to 21st October AUTUMN and WINTER will be at Lincoln Drill Hall while SPRING and SUMMER will be at The Collection from 1st October to 15th January.

Festival Director Uzma Johal from Threshold Studios said Frequency 2011 is the launchpad for what is hoped will be a biennial festival of digital culture.

“We are now living in a digital world which is both exciting and challenging,” she said.

“Frequency 2011 is an opportunity for people to explore, experience and debate digital culture and creativity.

“This is a truly unique event marking the beginning of an exciting journey for Lincoln, its artists, academics and local people to come together in celebrating the pioneering spirit of contemporary digital culture and take its place as an active contributor on the international circuit of digital culture and arts festivals.”

The nine-day event will take place in a range of locations throughout Lincoln including established arts venues The Collection, the Usher Gallery, Lincoln Drill Hall and the University of Lincoln.

The festival will also embrace non-traditional and unexpected locations across the city in an effort to engage local residents as well as artists and academics.

Running throughout the festival will be seminars, workshops and debates and an exciting programme of activities for children which will coincide with the October half-term holiday.

Frequency 2011 is a partnership between University of Lincoln, The Collection, the Usher Gallery and Lincoln Drill Hall with Threshold Studios, an artist-led organisation supporting both emerging and established artists, taking the role of Festival Directors.

Frequency 2011 is part of the Igniting Ambition Festival 2011, a Cultural Olympiad programme in the East Midlands which invests in projects and people that take the London 2012 Games as their inspiration to create once-in-a-lifetime cultural opportunities for audiences and communities.

Igniting Ambition is funded by Legacy Trust UK, an independent charity set up to create a cultural and sporting legacy from the London 2012 Olympic and Paralympic Games, the European Regional Development Fund and the East Midlands Development Agency, with the support of Arts Council England and many others.

For more information or to find out how you can get involved in Frequency 2011 visit www.frequency.org.uk or www.facebook.com/frequencyfestival.

1.         Frequency 2011 is a partnership between University of Lincoln, The Collection, the Usher Gallery and Lincoln Drill Hall with Threshold Studios (an artist-led organisation supporting both emerging and established artists) taking the role of Festival Directors.

2.         Legacy Trust UK is an independent charity set up to create a cultural and sporting legacy from the London 2012 Olympic and Paralympic Games across the UK and is also a principal funder of the Cultural Olympiad and London 2012 Festival. The Trust is funded by a £40 million endowment from the Big Lottery Fund (£29m), Department for Culture Media and Sport (£6m) and Arts Council England (£5m).

4.         The University of Lincoln is instrumental in bringing the Festival of Digital Culture to the city, and many academics and students from its Art, Architecture and Design faculty and its Media, Humanities and Technology faculty are taking part as artists as well as being involved in the planning. The University is committed to promoting the arts and has been a key driver in raising the city’s cultural offering since the institution’s establishment in 2001, notably with its Lincoln Academy series, its degree shows, sponsorship of the Lincoln Book Festival and European Festival of Arts and the Lincoln Performing Arts Centre, one of the largest theatres in the region.

5.         Arts Council England works to get great art to everyone by championing, developing and investing in artistic experiences that enrich people’s lives. It supports a range of artistic activities from theatre to music, literature to dance, photography to digital art, and carnival to crafts. Great art inspires us, brings us together and teaches us about ourselves, and the world around us. In short, it makes life better. Between 2011 and 2015, Arts Council England will invest £1.4 billion of public money from government and a further £0.85 billion from the National Lottery to create these experiences for as many people as possible across the country.

6.         Lincolnshire County Council is a proud promoter of the county’s arts, culture and heritage. The authority manages many of Lincolnshire’s major cultural attractions, such as The Collection, Gainsborough Old Hall and Lincoln Castle, and also supports a number of initiatives across the county that help to increase access to the arts.