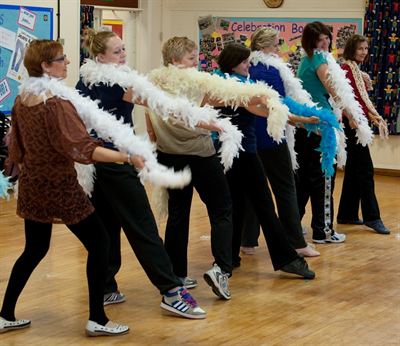 A major two-day event featuring dancers from across Lincolnshire is to be held in November.

One festival, spread over two days and across seven different locations, is being organised as the final showcase of the two-year £180,000 Dance4Life project which aims to increase the number of adults involved in dance across Lincolnshire. The event, called Lincolnshire – Let’s Dance! will take place on 17th and 18th November.

On Saturday 17th November activities will take place at The New Life Church and The Healthy Hub in Lincoln city centre. As well as dance workshops there will also be food, photo exhibitions, personal stories and performances from groups which have been set up as a result of the project.

On Sunday 18th November four rural locations – Spilsby, Holbeach, Binbrook and Scotter – as well as Lincoln city will host a traditional céilidh, also known as a barn dance. Live bands will play at each venue, with dancers and instructors who have been attending classes kicking off the event alongside members of the public.

They will all be scheduled to start at the same time across all locations, bringing synchronised dancing to the county!

Keyna Paul, Director of Lincolnshire Dance which is the parent organisation of the Dance4Life programme, said: “For the past 18 months we have been working tirelessly to give adults in Lincolnshire a chance to get involved in dance.

“This final two-day showcase is a way to demonstrate all the good work we’ve done and show what opportunities are available and will continue to be available once the project ends.

“It really will be something spectacular and we hope that anyone taking part will develop a passion for dancing.”

Further details about the event will be released in the coming weeks. 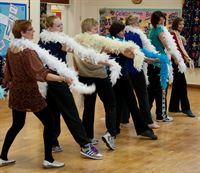