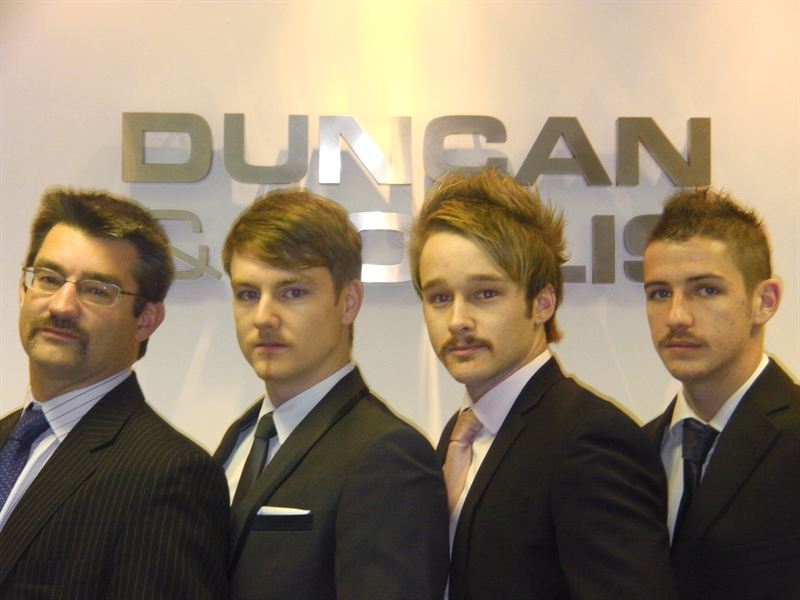 Four members of staff from Duncan & Toplis, a leading independent East Midlands firm of chartered accountants, have spent November growing – or attempting to grow – a moustache in the name of charity.

Mark Chatterton, a partner of the firm based in Newark, Matthew Swanston also based in Newark, Sam Mosedale from the Lincoln branch and Jack Houghton based in Boston have all been growing a moustache in aid of the increasingly popular Movember.

They have raised just over £1,000 between them for various prostate cancer charities.

Movember is an idea that began in Australia to create awareness of men’s health. It encourages clean-shaven men to grow moustaches throughout November. The campaign now has over 1.1 million participants worldwide, all competing for the best moustache whilst raising money for charity.

Mark Chatterton said: “I heard about Movember last year and a friend asked me to participate this year. I thought I would give it a go as it is for a cause that is close to my heart.

“I realised that a few more people from the offices wanted to get involved and between us we’ve raised a brilliant amount of money.

“I’ll definitely take part next year – if my wife will let me!”

Duncan & Toplis was established in 1925 and has since grown into one of the largest independent firms of chartered accountants.

Duncan & Toplis offers a wide range of services to small to large-sized family businesses, from accountancy, audit and tax to payroll, human resources and computer services.

The business employs around 370 staff, of whom 85 are currently engaged in professional training.

Movember is a campaign to raise awareness of men’s health. It has become a worldwide event with men from Australia, New Zealand, the US, Canada, the UK, Finland, the Netherlands, Spain, South Africa and Ireland all taking part. 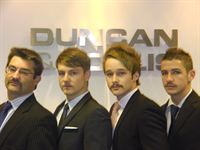