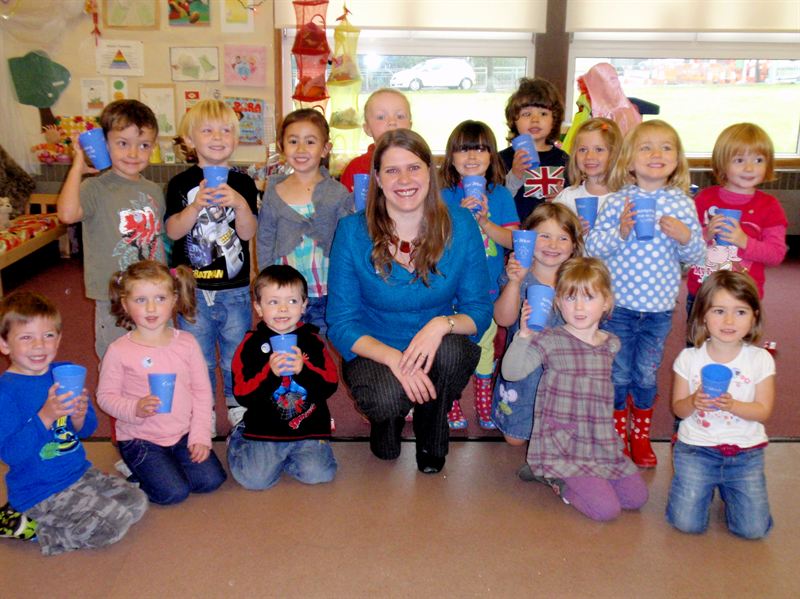 Mosshead Pre School and Playgroup is one of thousands of schools across more than 40 countries taking part in celebrations dedicated to World School Milk Day this month. The day encourages children to drink milk and aims to educate them about the benefits of milk.

Jo Swinson said school milk is a brilliant way of improving kid’s diets and helping them to lead a healthy lifestyle as well as encourage all-important social skills by bringing children together for a dedicated time each day to enjoy their milk.

“I was delighted to be an honorary “milk monitor” at Mosshead Pre-School for World School Milk Day this year, which promotes the availability of school milk – and the fact that children under five can even enjoy it for free,” she said.

Manager of Mosshead Pre School, Susan Miller, said milk is an important part of the school’s healthy eating diet which they offer children every morning.

“It also helps us educate the children about its benefits such as strengthening teeth and bones and boosting energy,” she said.