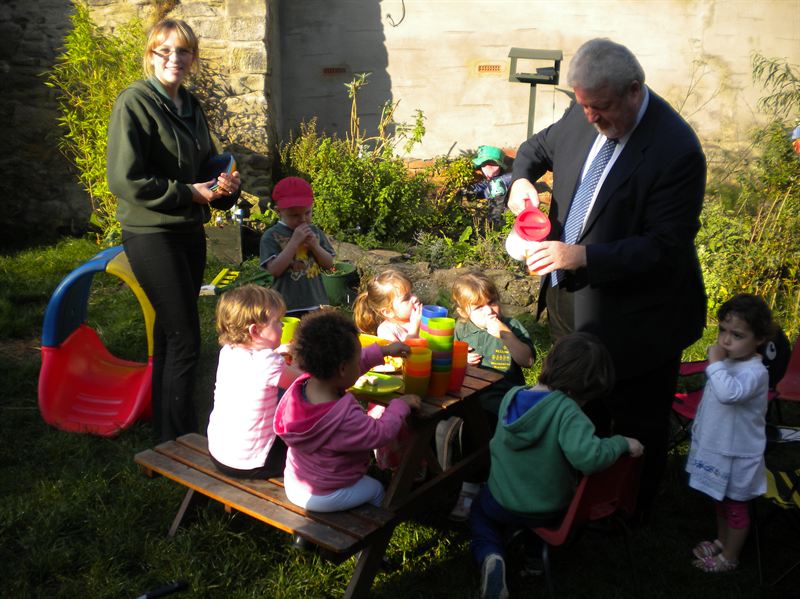 Willows Montessori Nursery was one of thousands of schools across more than 40 countries taking part in celebrations dedicated to World School Milk Day this month. The day encourages children to drink milk and aims to educate them about the benefits of milk.

Mr Anderson said that school milk is a great way to ensure our young people have the benefits of one of Mother Nature’s greatest gifts.

“Milk is pure goodness and it is especially vital that we encourage our next generation to be milk lovers from an early age,” he said.

Principal of the Nursery Ethel Mills said the children enjoy their daily milk.

“They understand the nutritious value of milk in building strong teeth and bones and giving them the energy they need to learn and play,” he said.