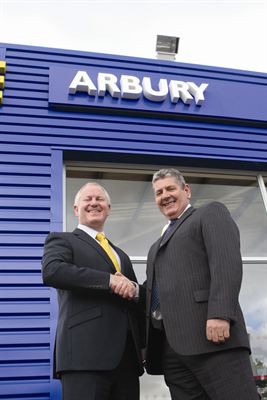 A new independent survey of the motor trade has confirmed Autoclenz as the market-leading vehicle valeting firm in the UK.

The study found Derbyshire-based Autoclenz to be the best known and most highly regarded of all the UK’s valeting contractors.

When asked unprompted to name the UK’s leading valeting company more than 35% of respondents said Autoclenz, compared to less than 10% for the three companies in second place.

When respondents were asked about Autoclenz they said the company’s major strength is that it is a large and well established organisation.

The survey, which was carried out by Staffordshire company Research Associates, also showed that Autoclenz is seen as outperforming its competitors in areas such as quality of staff, back-up service and overall reputation.

“We’re delighted that this independent survey has confirmed that Autoclenz is the best known and best regarded of all the valeting suppliers in the UK marketplace,” said Grahame Rummery, CEO of Autoclenz.

“It’s great to be number one in the industry but we want to stay at the top so we won’t be resting on our laurels – instead we’ll be working harder than ever to provide excellent value for money for our customers.”

The study also revealed that the top priority for most motor dealers and vehicle hire companies who outsource cleaning and valeting is the quality of the clean, followed by the reliability of the staff employed and the overall cost of the contract.

The Arbury Group, which employs 165 people across six sites in the West Midlands and sells Citroën, Fiat, Peugeot, Skoda and Suzuki vehicles, has been working with Autoclenz for more than ten years.

“In 2000 we were looking for a supplier that could provide high-quality day-rate valeting services and invited Autoclenz to come and talk to us,” said David Stenning, Managing Director of the Arbury Group.

“We were very impressed with the bespoke valeting service they were offering and decided to give them a trial. Ten years later we’re still working with them and we are delighted with the service they provide.

“Having Autoclenz on site means we can be sure that we will receive a reliable and high-quality service which will please our customers. We understand each other, trust each other and share the same professional approach.”

The Autoclenz team works closely with Arbury staff and has become an extension of the in-house team, on call at short notice to help Arbury cope with holidays and illness or increased volumes and demand at key points in the year.

The market perceptions research study was conducted by Research Associates of Stone, Staffordshire.

The method used was a series of unprompted telephone interviews with Autoclenz customers and Autoclenz non-customers including dealer groups, those who used alternative contractors and those who serviced their valeting requirement in-house.

Forty-eight businesses were interviewed across the midlands, the north, the south-east and the south-west.

Autoclenz has more than 40 years’ experience in the automotive trade and is firmly established as the UK’s market-leading vehicle valeting business.

Based in Swadlincote, Derbyshire, Autoclenz is a Public Limited Company with a multi-million-pound turnover.

To find out more visit www.autoclenz.co.uk