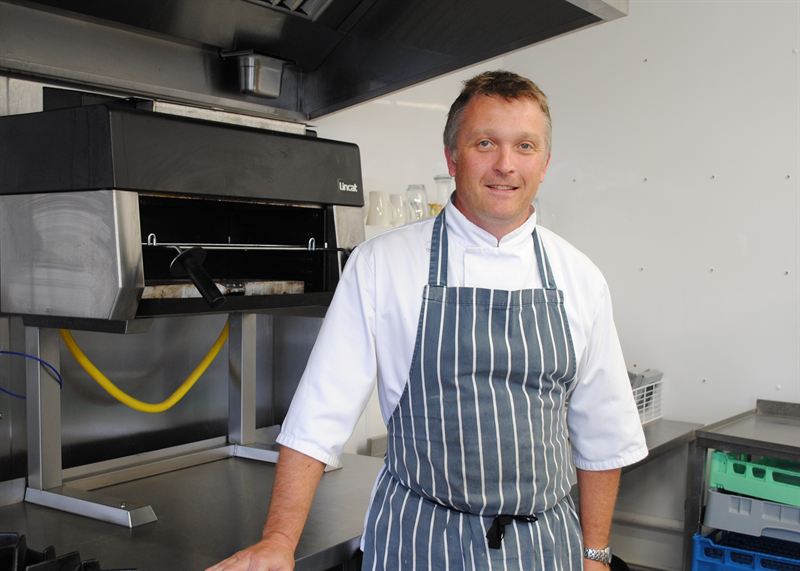 Bespoke menus tailor-made for any occasion and exciting people with food - that is the vision of Paul Newton, newly appointed Head Chef at The Old Palace hotel in Lincoln.

Paul, 42, has brought with him 24 years of experience in the culinary world, 16 of which he has spent working as a head chef. He believes starting from grass roots to develop menus and interacting more with guests will help him deliver the wow factor.

Paul explained: “Unlike most chefs who spend all their time in the kitchen, I am keen to get more involved with customers by sitting down with them to discuss their requirements and create unique menus, offering different options to give clients something special.”

Before taking up the position at The Old Palace hotel in May, Paul was Head Chef at the White Hart Hotel in the Bailgate for five years, and more recently at The Lawn where he was Head Chef for four years.

He has been fortunate enough to cook for a number of celebrities including Tom Hanks, Sir Ian McKellen, Ron Howard and Princess Anne and he describes his food as classical but with a modern twist.

Paul, who is originally from Matlock in Derbyshire, went straight from school to catering college where he gained his City and Guilds 7061, City and Guilds 705 and Advanced Food Hygiene qualifications. He then completed an apprenticeship in Basingstoke before moving to Lincoln 13 years ago.

Speaking of his new job, Paul said: “Work here is very varied and there is a wonderful atmosphere and good teamwork.

“It’s on a smaller scale than what I was doing before when I was cooking for up to 400 people but at The Old Palace I can focus more on detail and technique as opposed to cooking on a mass scale.”

As well as creating new function and room service menus, Paul aims to put an emphasis on ingredients by using local suppliers and by being sympathetic to the taste and textures of produce.

He added: “The veg suppliers in Lincolnshire are brilliant. We use Fresh from the Fields’ produce and work with the seasons to ensure that our guests enjoy the food we serve when it’s at its best in terms of quality and flavour.

“All our suppliers are from the Lincolnshire area. We use locally reared meat from Fosters Butchers on Monks Road in Lincoln and cheeses such as Lincolnshire Poacher, Cote Hill Blue and Dambusters.

“We also support fair trade produce by using Fair Trade teas and have our own blend Fair Trade coffee.”

Paul is currently training the existing staff but is looking to expand the team in the next 12 months.

About The Old Palace