The Silver Tiger has gotten yet another recognition 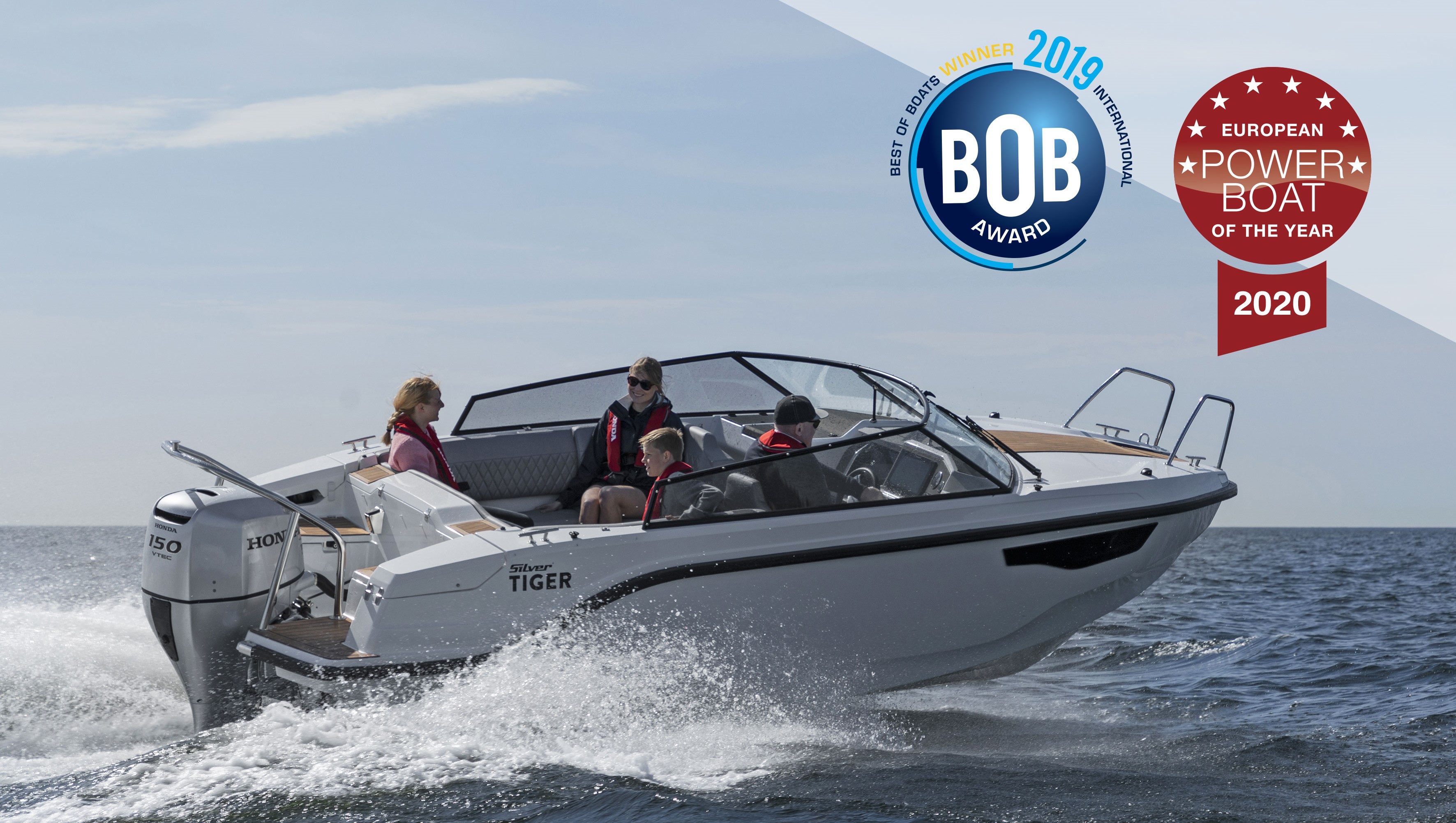 In 2018 Silver boats launched a new boat range made fully out of fiberglass. The so called Z range consists of four boats, one bow rider and three day cruisers, from which the smallest, Tiger DCz has been a huge success. 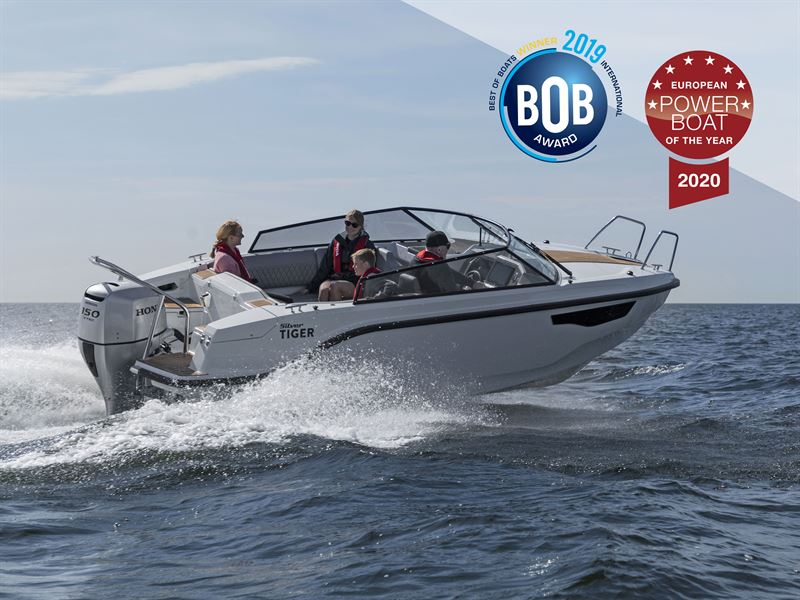 In 2018 Silver boats launched a new boat range made fully out of fiberglass. The so called Z range consists of four boats, one bow rider and three day cruisers, from which the smallest, Tiger DCz has been a huge success.

The European powerboat of the year 2020 awards were given at the Dusseldorf boat show on Saturday 18th of January. The Silver Tiger DCz won the under 8 meters class. The 8 meter class is the most popular, which makes the competition extra hard.

The European Powerboat nominees are chosen by a jury put together from test riders and editors-in-chief of the leading European motorboat-magazines. In total, the magazines represent over one million monthly readers in Europe and far beyond. Choosing the winners jury emphasizes the quality of the boat such as solidness of the construction and its performance properties, the overall concept and the value for money. Silver Tiger DCz was characterized by its excellent, safe driving properties and favorable price-performance ratio. It also offers maximum safety for the entire crew.

Before the European powerboat of the year winning, Tiger got a remarkable recognition in November, when the Tiger won Best of Boats award, best for beginners class. These achievements are outstanding, while only one boat has won both prices before the Tiger.

Tiger DCz is a compact and safe day cruiser with all essentials packed in six meters. The boat has comfortable sleeping berth for two adults, space for a chemical toilet, portable gas stove, tap and faucet and water system, windshield that continues far along the sides of the boat giving excellent shelter for everyone on the boat. The stern has a spacious U-sofa and a large table. With cushions the table and sofa double as a sunbed or a berth. The hull has unique Petestep technology, which makes the boat ride higher in the water. This gives the boat more lift and reduces water splashes.

Silver’s Z range consists of four boat models, six meters long Silver Tiger BR and Tiger DC, eight meters long Raptor DC and year 2020 novelty Viper DC. The novelty Viper will be launched at the Helsinki boat show in February. The fiberglass boats are made in Valkeakoski Finland, designed by Norwegian Eker Design and the unique Petestep hull is from Sweden. The Z range is a great example of the know-how in Nordic countries. 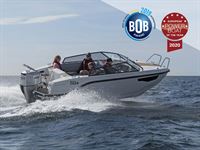 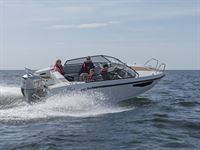