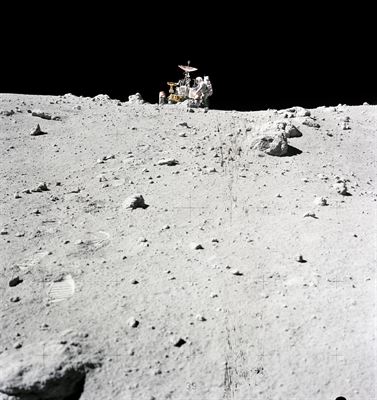 British science writer and broadcaster, Professor Christopher Riley has written a new book on the story of the Apollo Lunar Rover – published to coincide with the 40th anniversary of the vehicle’s final drive on the Moon, in December 1972 and is the perfect alternate gift for Christmas.

Presented through the iconic Haynes – ‘owner’s workshop manual’ format it reminds readers how miraculous the LRV really was. Author Christopher Riley says: “To understand the story of the Lunar Roving Vehicle is to understand NASA in the 1960s; at its finest and most potent. It’s this story of extraordinary human ingenuity which we tell in the book.”

At the time of its development, when battery powered electric cars were thought of as an oddity rather than an ambition, the concept of an electric lunar vehicle was as visionary as the Apollo programme itself.

Commissioned even before the first human beings had walked on the Moon, and intended to carry future explorers further and faster, through the mountainous lunar highlands, the ‘LRVs’, as they were called, symbolized NASA’s commitment to human space exploration, and a future of people living and working on other worlds.

Co-author David Woods adds “Whilst they had wheels, the rovers were in every other sense spacecraft; constructed out of high spec aerospace materials to operate in the vacuum of space, on an extra-terrestrial landscape blanketed with abrasive dust.” This audacious approach to ‘engineering the impossible’ tumbles out of every page in the book.

As Gene Cernan, the last man to drive a lunar rover on the Moon put it; ‘the president had plucked a decade out of the 21st century and inserted it into the 1960s and 70s’. And nothing characterised such forward thinking more than this visionary lunar transportation system.

The book is released this month at http://www.haynes.co.uk/lunarrover and in all good bookshops – priced at £21.99

NASA dispatched three battery powered Lunar Rover Vehicles to the Moon between 1971 and 1972, on the last three Apollo missions, (15, 16 and 17). Reducing the exertion required for a moonwalk, they would double both the amount of time the astronauts could spend exploring and the total weight of lunar samples that could be collected; maximising the scientific value of the Apollo programme and paying back the Rover programme’s entire $38m development costs many times over.

Christopher Riley author of The Lunar Rover – Owners’ Workshop Manual, worked on data from NASA’s early Spacelab 1 Shuttle mission for his Ph.D. at Imperial College, London, before embarking on a career as a science writer and filmmaker. His last book for Haynes ‘Apollo 11: an owner’s workshop manual’, made it into the 2009 Amazon top 10 Science and Nature book list.

He has worked with the NASA archives for the past fifteen years on projects ranging from the BBC’s landmark series ‘The Planets’ to the highly acclaimed feature documentary film ‘In the Shadow of the Moon’.

In 2009 with NASA’s blessing, and in close collaboration with the film’s original director Theo Kamecke, he restored and re-mastered the classic Apollo documentary ‘Moonwalk One’.

He is the producer and director of the hit 2011 internet film ‘First Orbit’, which celebrated the pioneering spaceflight of Yuri Gagarin.

Chris is visiting Professor of Science and Media at the University of Lincoln. 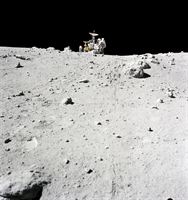