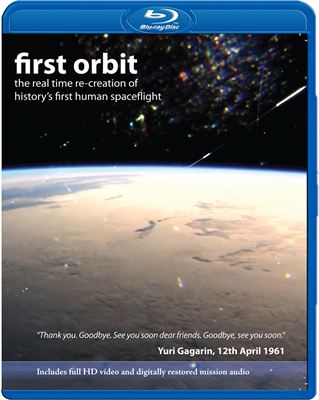 Chris Riley, Director of First Orbit, the hit internet film that recreates the story of Yuri Gagarin’s pioneering spaceflight of 1961, is inviting fans to join him on Twitter this Thursday 12 April at 06:07 UT (07:07 BST) where he will be presenting a live running commentary to coincide with the annual ‘anniversary screening’ of First Orbit on YouTube. Riley’s aim is to create a social media experience that truly unites people from all over the world at the exact time that Gagarin first orbited planet Earth.

Chris can be found on the Twitter feed @alifeofriley, and on the day he’ll be using the hashtag #firstorbit to answer viewers’ questions and interact with the movie, which can be streamed from www.youtube.com/firstorbit at exactly the same time as the flight happened. Tweeted commentary from Riley will highlight specific content from the film, as viewers stream it in real time. Riley says; “Over half a century after Yuri’s flight, Twitter and YouTube have emerged as the perfect platforms to share this unique story from our common human heritage in this way”.

The British Interplanetary Society will also be hosting free multi-language screenings at their central London headquarters from 12 April, beginning with the Russian and English subtitled versions. Dates and times can be found at www.bis-space.com/firstorbit.

Chris is also encouraging people to live-tweet the mission audio transcript in their own languages, from 06:07 UT (07:07 BST) on 12 April, using the appropriate language hashtags found at http://www.firstorbit.org/yuri-tweet. Transcripts of over 30 languages, already translated by fans, can be downloaded from here too.

This is the first time the story of Gagarin’s mission, in his own words, has been made available in so many languages; bringing the experience of human kind’s first space flight to the widest audience in history. Multi-language DVD or Blu-ray versions of First Orbit can be purchased online through Amazon or direct from www.firstorbit.org. The original 2011 version of the film with English subtitles can still be watched through the project’s YouTube channel: www.youtube.com/firstorbit.

Christopher Riley Director and Producer – First Orbit, worked on data from NASA’s early Spacelab 1 Shuttle mission for his Ph.D. at Imperial College, London, before embarking on a career making science documentaries for the BBC. He has worked with the NASA film archive for the past fifteen years on projects ranging from the BBC’s landmark series ‘The Planets’ to his highly acclaimed feature documentary film ‘In the Shadow of the Moon ’ and his unique restoration project of NASA’s classic documentary Moonwalk One. He is the visiting Professor of Science and Media at the University of Lincoln, UK and founder of the stock footage library Footagevault. Riley created his first video installation from ‘found footage’ for the 40th anniversary of the first Moon landing during the summer of 2009. ‘Apollo Raw and Uncut ’ played in gallery spaces in London and Montreal and was the first time the entire 23 hours of Apollo mission flight film archive had been screened in public.

Yuri's Night is an international celebration held on April 12 every year to commemorate space exploration milestones. The event is named for the first human to launch into space, Yuri Gagarin, who flew the Vostok 1 spaceship on April 12, 1961. The first Yuri's Night was held on April 12, 2001, on the 40th anniversary of human spaceflight. In 2011, to celebrate the 50th anniversary, over 600 parties were held on 8 continents and two worlds. The events are coordinated from an HQ in Boston, USA, through the web site at www.yurisnight.net. 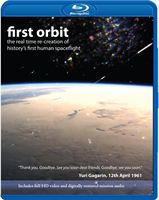 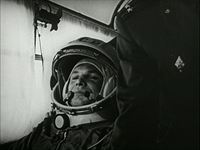 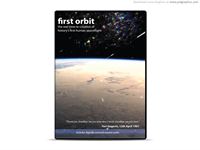