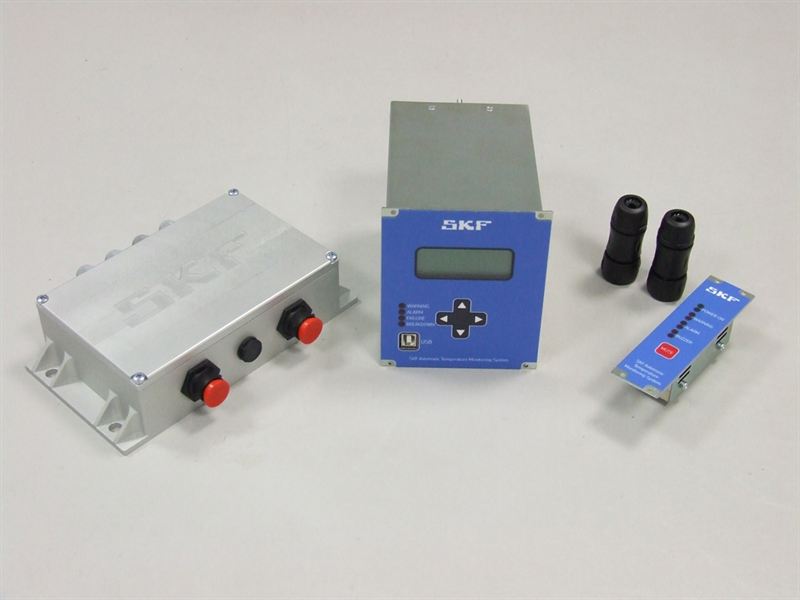 SKF has launched the SKF Axletronic bearing temperature monitoring system, an easy to install, on-board solution for electric and diesel locomotives and multiple units as well as mass transit vehicles. In addition to advanced condition monitoring systems that includes many functions of the bogie, this system is used as a safety support system for bearing temperature control. The system has been designed for new vehicles as well as for retrofitting.

The SKF Axletronic temperature monitoring system transmits from a dedicated bogie smart box via CAN bus (Controller Area Network) and it offers continuous temperature monitoring and analysis, event recorder and data buffering in flash memory, and adaptive alarm levels. The system fulfils the requirements of European standards for railway rolling stock electronic equipment, electromagnetic compatibility, and environmental conditions, as well as resistance to shock and vibration.

SKF is the leading rolling bearing supplier to the world railway industry, providing a full range of products and services for all types of railway vehicles including high speed vehicles, locomotives, multiple units, coaches, mass transit vehicles and freight cars.

This press information was written and distributed by 4CM. For further copies, colour separation requests, images or other details on SKF Corporate please contact us on 01908 533253 or email: info.skfcorporate@4cm.co.uk.