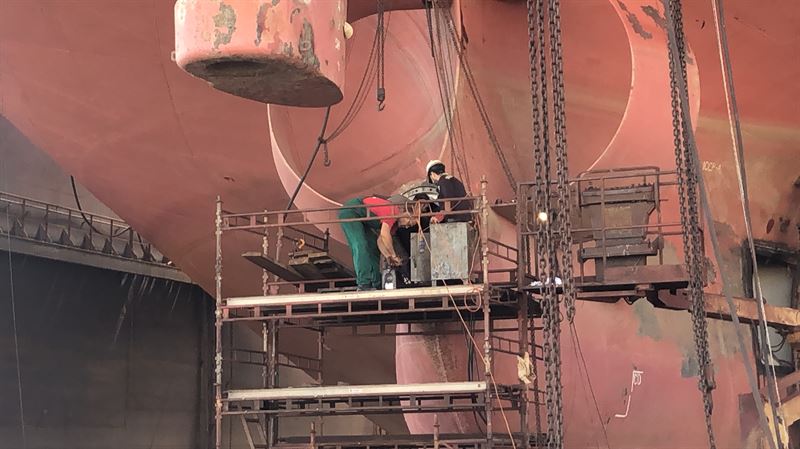 SKF responded quickly to an unexpected failure on an oil products tanker - then analysed and fixed the problem so that the vessel could go back into service as soon as possible.

Gothenburg, Sweden, 14 October, 2020: SKF has helped a shipping operator to repair one of its oil product tankers at very short notice.

Prime Marine is a leading provider of sea transportation for refined petrochemicals and other products. The Arctic Flounder, one of 41 vessels in its fleet, experienced an unexpected failure within a stern tube bearing. The ship’s manager asked SKF Machine Support to diagnose and fix the problem urgently.

The following day, an alignment service engineer from SKF Machine Support boarded the vessel and began investigating. This included making run-out measurements and jack load measurements, to verify the alignment of the propulsion line.

“The root cause of the problem was identified as a misalignment of the stern tube bearing, so the load distribution on the bearings of the shaft line was not correct,”

says Markjos Gerritsen, alignment and service engineer at SKF Machine Support in the Netherlands. “Based on this evidence, we supplied an alignment report with recommendations - and a repair plan.”

The approach involved performing a stern tube line bore measurement, to verify the current slopes and bearing offsets. Then, SKF Machine Support made a FEM model to calculate the optimum bearing slope and bearing positions.

Using the calculated values, SKF Machine Support could pre-align the intermediate shaft bearings. Strain gauges were also prepared for final alignment. This would take place after the stern tube bearing had been renewed, and the Arctic Flounder was afloat again.

The final alignment of the propulsion line - using the strain gauge method - was performed using the values calculated by SKF’s ShaftDesigner software. The vessel was now in optimal condition, and ready to go back into service.

Following the first sea trial, captain and crew have noticed that the vessel now generates fewer vibrations than it did before.

SKF’s mission is to be the undisputed leader in the bearing business. SKF offers solutions around the rotating shaft, including bearings, seals, lubrication, condition monitoring and maintenance services. SKF is represented in more than 130 countries and has around 17,000 distributor locations worldwide. Annual sales in 2019 were SEK 86 013 million and the number of employees was 43,360. www.skf.com 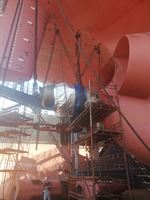