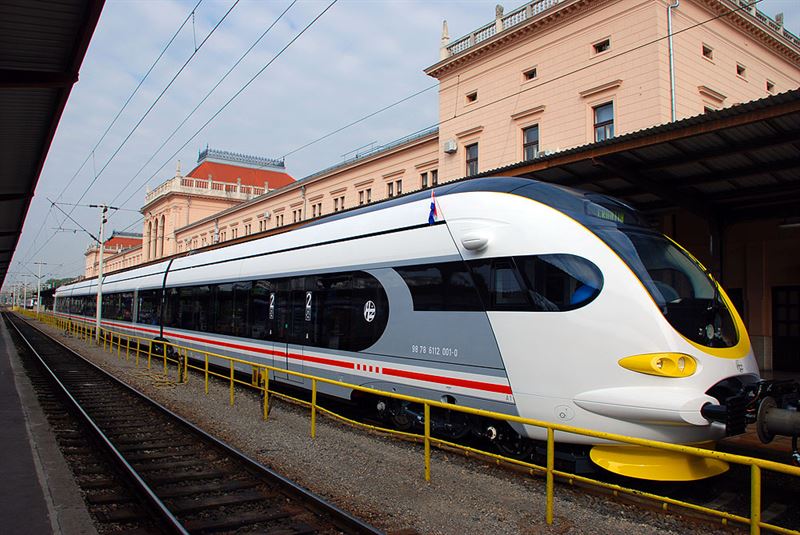 Croatian rolling stock producer, Koncar KEV has finalised an agreement with SKF for the supply of bearings, axleboxes and associated equipment for its latest low-floor electric and diesel-electric multiple unit trains.

Gothenburg, Sweden, 24 January 2018: SKF has been involved with Koncar KEV and the development of the latter’s new electric multiple units and diesel-electric multiple units (EMUs and DMUs) since 2008. Being a relative newcomer in the EMU and DMU field, the reputable locomotive producer chose SKF as a technically competent and reliable supplier to support them during the challenging development quest.

Koncar’s designers, along with SKF’s experts, were able to draw on SKF’s extensive experience as a major supplier to the global rail industry and a contract was subsequently signed for the supply of SKF link arm axleboxes, sensorised tapered roller bearing units (fitted with Gerken earth return devices), bearing temperature monitoring systems and speed sensors for the wheel slide protection systems.

In addition to benefiting from the valuable technical assistanceprovided by SKF, Koncar could also simplify parts of its supply chain thanks to the  complete package being supplied from one supplier. At the same time, fully integrated solutions such as the temperature sensor-equipped bearing units saves time and reduce the complexity of the bearing condition monitoring system.

The architecture of the EMU and DMU vehicles comprises five and four bogies respectively. During the development of these trains, SKF was initially involved in the supply of components for the prototype (built in 2009) and for two additional units built shortly thereafter. In 2014, SKF got an order to equip the remaining series totalling 20 EMU and 1 DMU unit. These are all assembled and commissioned in Croatia and are all in service since 2015.