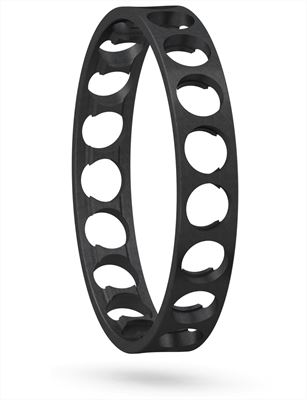 Gothenburg, Sweden, 16 September 2019: The Silent Series super-precision angular contact ball bearings have been developed in direct response to key issues faced by manufacturers of machine tool spindles. They identified that minimising noise and vibration levels during operation was key to improving confidence in the performance of their spindles.

Bearing cages in lower-speed spindles can make rattling noises during rotation. This is normal, but can be mistaken for a sign that something is wrong with the spindle or its components. Rudolf Groissmayr, Product Line Manager at SKF says: "The SKF Silent Series feature a new and innovative polyamide cage centred on the balls that minimises this 'cage rattling' during rotation. Their silent operation increases the confidence of the end-user in the quality of spindles.”

SKF Silent Series bearings are fast and cost-efficient to mount.

Furthermore, the bearings have an optimised tolerance range on the bore and outside diameter, resulting in improved load sharing across the bearings when mounted in sets. This not only improves spindle efficiency, but means less time is spent during the validation and testing processes to select the appropriate bearings.

With the SKF SuPB Data Manager App from SKF,  the most important specifications of the bearings are close at hand on smartphones and tablets. The Data Matrix code on packages and bearings can be simply scanned to receive information on the exact marking of the bearing, and when and where the bearing was manufactured.

SKF Silent Series bearings are available in two designs: high-capacity D design 719 and 70 series, which exhibits a high degree of system rigidity and stiffness, and a high power density for a compact design; and high-speed E design 70 series, which demonstrates excellent thermal stability across a wide range of operating speeds.

Rudolf Groissmayr concludes: "Our experts are here to help our customers make better product choices based on the value they want to create for their businesses. We also provide bearing calculation tools such as SimPro spindle, which makes it easier for our customers to design and choose the right bearings for their spindles." 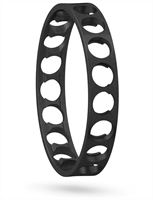